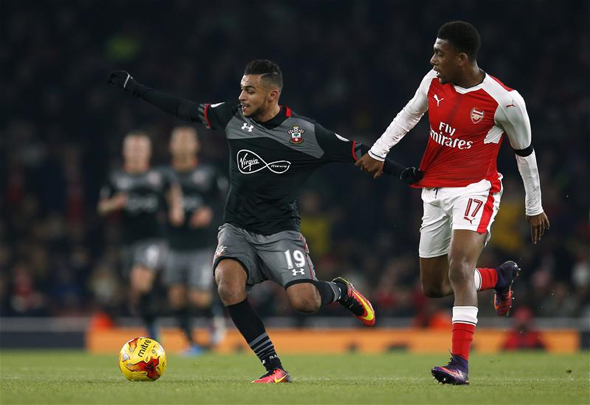 Football Insider names Arsenal’s young player of the year for 2016.

Year after year, Arsenal continue to produce some high-class young talent, many of whom go on to have important roles in the first-team squad.

Hector Bellerin has established himself as arguably the best right-back in the Premier League, and one of the best in Europe, even at the tender age of just 21.

Iwobi, meanwhile, has also established himself as an important first-team player for Arsenal this season, albeit with much less media attention and praise, and will have an incredible future.

The 20-year-old made his first-team breakthrough for the Gunners at the end of 2015, making his Premier League debut in October. He continued to make an impression on Arsene Wenger’s first-team squad until the end of the season, making a total of 21 appearances in all competitions, and scoring two goals.

Iwobi began the new campaign with an even greater role to play under Arsene Wenger, and that role continues to grow in importance each week. He has found himself keeping the likes of Alex Oxlade-Chamberlain and Aaron Ramsey out of the side, and both are fully-fledged internationals and very capable footballers.

He’s become almost an overnight success, and has already contributed two goals and three assists from 21 games in all competitions this term.

Iwobi comes across in a relaxed, yet engaging fashion, and his ever-growing talent is there for all to see. But not one bit of his success could have been achieved without intense hard-work, and Iwobi deserves immense credit for everything he has achieved so far.

He’s made himself a career at Arsenal, which sadly, not all of Arsenal’s youth products can boast about.

Fast, instinctive and incisive, Iwobi has become a key cog in the Arsenal title mechanism, and if he can maintain his current level of performances, will go a long, long way.

In other Arsenal news, find out which of Iwobi’s team-mates was named flop of the year.