Ryan Giggs is convinced that injuries have been the root cause of Manchester United’s disappointing season.

Louis van Gaal’s number two says physical problems have caused a “domino effect” that has been a key factor in the team suffering so many poor results.

United are sixth in the Premier League, face a tricky FA Cup replay at West Ham and are outsiders to reach the quarter-finals of the Europa League as they attempt to overturn Liverpool’s two-goal advantage in the second leg of their Europa League tie on Thursday night.

Most of United’s senior players have suffered injury at some point this season, with the likes of Luke Shaw, Phil Jones, Bastian Schweinsteiger, Ashley Young, Marcos Rojo and Wayne Rooney spending extended spells on the sidelines.

“The consistency has been frustrating,” Giggs told the Telegraph. “We would go on a good run and then have a disappointing result. Obviously there have been a lot of injuries.

“A lot of them have been freak injuries – shoulders and Luke Shaw’s leg. A lot of knocks, the kind of things you can’t do anything about. And then when the squad gets small you are asking a lot of players to play games when maybe they could be rested or rotated.

“So it seems to have a domino effect when you do get a few injuries and we have just never got out of that. We are nine, 10 weeks left of the season and we are still in the FA Cup, still in the Europa League and still trying to get that top-four spot.

“We are still fighting and we still have something to play for.”

In other Manchester United news, Van Gaal has a full-back dilemma ahead of United’s European mega-clash against Liverpool. 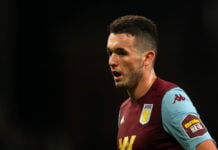