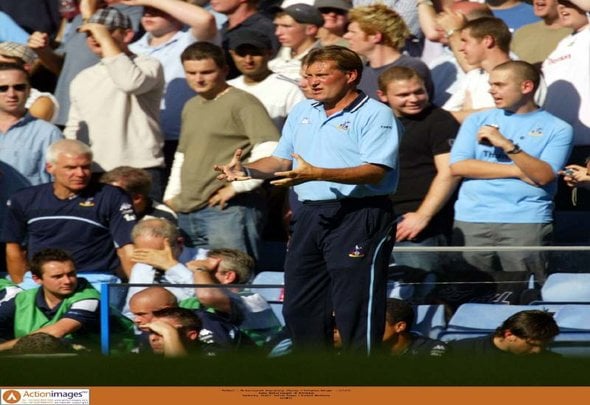 Glenn Hoddle has left out Tottenham favourites Hugo Lloris, Ledley King and Gareth Bale in his best ever Spurs XI.

The former Spurs player and manager was named in the greatest ever team at the launch of Harry Harris’ new book Down Memory Lane.

Asked to pick his own favourite team on his personal Twitter account, Hoddle selected a starting eleven as well as substitutes that didn’t include himself, as well as notable omissions in Lloris, Bale and King.

Lloris, who is still at the club following his transfer from Lyon in 2012 is widely regarded as one of the best goalkeeper’s the club has ever had playing 179 times for the north London club.

However, he didn’t feature in Hoddle’s line-up or bench with the now BT Sport opting for Ray Clemence and Pat Jennings over the France international.

King, 36, suffered with injuries during his time at Spurs and retired early in 2012 at the age of 32.

However, he gave 13 years of service for the club after making his debut in 1999 and made 323 appearances for the side in the heart of Tottenham’s defence.

Meanwhile, Bale who initially joined the club as a young prospect turned into one of the world’s greatest footballers at White Hart Lane following a transition from his left-back role to a more attacking position.

Following six years with Spurs the Wales international moved to European giants in a then world record £85.3million deal, which was only beaten this summer by Paul Pogba’s move to Manchester United.

They will no be looking to improve on last season’s finish and many current players will be keen to feature in a number of Spurs best ever teams in the future.

In other Tottenham news, Schmidt has had this to say about Spurs.