The 26-year-old is enjoying the best season of his career, and finally broke his duck against the Gers with the third goal in the rout, and his 18th goal of the season.

Forrest had never previously scored double figures in a season before this one, which shows how well he has played this season.

The winger’s deal runs out at the end of next season and there’s no doubt that Hoops boss Brendan Rodgers, who has transformed the player, would love to get Forrest tied down on a long-term deal at the club. 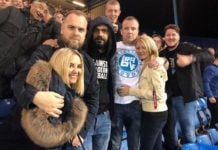 ABOUT US
We strive to provide original football journalism that you want to read and that will give you a proper understanding about what is happening in the sport that you love and about issues that you care about.
Contact us: [email protected]47.com
FOLLOW US
© Football Insider 2019