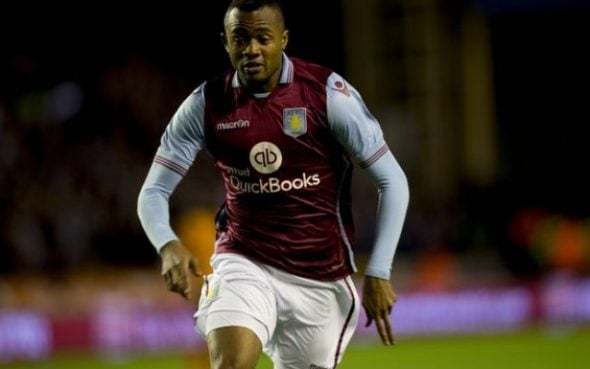 Aston Villa striker Jordan Ayew could leave the club in January for the Chinese Super League, according to a report.

The Sun claims that Shanghai SIPG, managed by former Premier League boss Andre Villas-Boas, have made an approach to sign the goal-shy striker.

It is said that Villa manager Steve Bruce is prepared to sanction the departure of the Ghana international and that a deal could be sealed for £10million.

Ayew has made 21 appearances in all competitions for Aston Villa this season, contributing three goals and four assists, but has not been a regular starter under Bruce.

The Ghana forward is said to be disillusioned with his role as a substitute, and is looking for a way out next month.

Ayew is already set to depart the club for the Africa Cup of Nations in Gabon which begins on 14 January, but if a deal gets pushed through, he may not be returning to Villa Park.

The striker moved to the Birmingham-based club in 2015 for a fee in the region of £8 million, and a fee of £2million more than that should be no issue at all for a Shanghai SIPG side with such vast spending power.

A decent return on Ayew could boost the club’s chances of landing a top-quality replacement, with Middlesbrough demanding £12 million for Jordan Rhodes.

But ahead of any transfer business, Villa must first turn their attention to Thursday’s meeting with high-flying Leeds, where a win could send them up to eighth.

The pulling power of the lucrative Chinese Super League has been clear to see in recent transfer windows, with many high-profile stars moving for record fees. Chelsea’s Oscar and former Manchester United striker Carlos Tevez are the latest names to make the switch, and Ayew is expected to continue the trend. If the reports are true, there’s little to stand in the way of this deal being completed. Ayew is not considered a starter at Aston Villa, and is becoming unsettled as a result. Plus, Steve Bruce is wiling to let him go. Given the financial resources at Shanghai SIPG’s disposal, Bruce could try and negotiate an inflated fee to boost their chances of landing a decent replacement – such as Middlesbrough’s Jordan Rhodes. Ayew never quite had the impact expected of him when he moved to Villa Park, and a fresh start could well be the best thing for him.