Alan Hutton insists that Robert Snodgrass is going to be a “massive miss” for West Ham after he was ruled out of action through injury.

The former Villa and Scotland defender, speaking exclusively to Football Insider assistant editor Russell Edge, has lifted the lid on his former teammate and how important he has become for the Hammers.

Irons boss David Moyes confirmed earlier this week that he fears the 32-year-old is facing a lengthy layoff with a possible disc problem in his back.

He has missed both of the club’s first games back from lockdown, including Tuesday’s 2-0 defeat to London rivals Tottenham.

Having played alongside Snodgrass for both club and country, Hutton insists he is going to be a big miss both on and off the pitch for the Hammers.

Hutton told Football Insider: “I really think that ever since he came back from the Aston Villa move that he’s really turned a corner, he’s kind of become one of the key figures, if you like.

“His work ethic, his know-how, his experience – he brings a lot to the team so to be missing someone like that at such a crucial period, it’s going to be difficult. It looks like he’s going to be out for a while, think it’s his back. 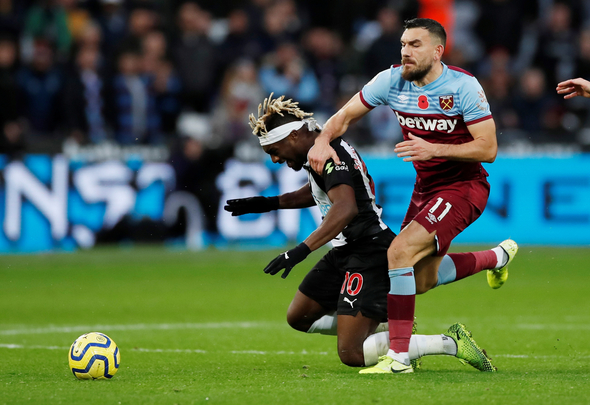 Snodgrass has played 26 times for West Ham across all competitions this season, with five goals and five assists under his belt.

Following Tuesday’s defeat, the Irons sit 17th in the table with only goal difference keeping them above Bournemouth in 18th.