Michael Brown insists that Aston Villa will be able to cope if they are forced to leave out two players on a return to training.

The former Premier League midfielder, speaking exclusively to Football Insider assistant editor Russell Edge, insists that players have to be protected but that a couple of absentees should not curtail a potential restart of the season.

Speaking to Sky Sports, Dean Smith revealed that he could be missing two of his squad upon a return to training due to their personal circumstances amid the Coronavirus pandemic.

He explained how one player was asthmatic and another was living with a vulnerable family member, meaning they both may be forced to continue isolating and miss out on a return to action.

Brown admits that losing squad members would be a bitter pill to swallow but insists that there are enough players at Villa to get by.

Brown told Football Insider: “Aston Villa have managed to get some players back in regards to injuries, some good players that they were missing so I think they’ll be pleased to have those back.

“There’s going to be some circumstance of vulnerability regarding players and we’ve got to take that into account. If one or two can’t play, we’ve got to understand that, that’s just what it is.

“We’ve got to do everything we can, when fit to do so, to try and finish the league. If it’s one or two, we’ve got to protect them but it’s the Premier League – they can handle one or two not being available.” 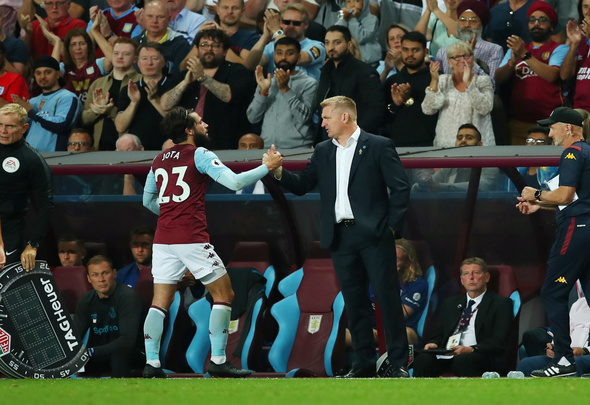 In other Aston Villa news, an ex-striker claims a ban for Jack Grealish should be on the cards.