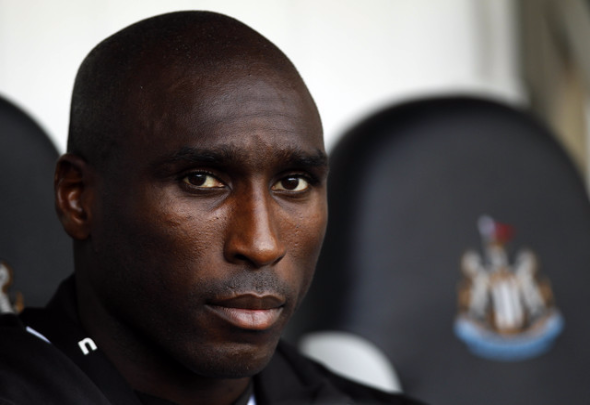 Former Tottenham player Graham Roberts has stated that maybe “Judas Campbell” might get the Arsenal job after their 5-1 defeat at Bayern Munich on Wednesday night.

Arsene Wenger’s side were thrashed by the German champions during the first leg of their round of 16 tie.

As a result, Roberts has joked that former England centre-back Sol Campbell, who left Spurs to join their north London rivals in 2001, could replace the Frenchman in the dugout.

Spurs fans will love Roberts’ comments because Campbell is hugely disliked at White Hart Lane for his actions over ten years ago.

While others will be reveling in their rivals failings once again under the Frenchman as another trophyless season is upon them.

Here is Roberts aiming the dig at Arsenal and Campbell as posted on his personal Twitter account.

Maybe the judas Campbell could get the job.hahahaha

Wenger’s contract at the Emirates is due to expire in the summer and now many supporters have stated that he should leave the club.

He has not won the Premier League title since 2004 and is once again set to crash out of the Champions League – a trophy he is yet to win during his time as boss.

Furthermore, the Gunners are ten points behind current league leaders Chelsea in the table as another season without a trophy is looming for Wenger’s side.

As a result, many fans have called for Wenger to leave the club at the end of the season as they begin to become disgruntled with their lack of fight for major trophies.

In other Tottenham news, Mark Lawrenson has predicted Spurs’ clash against Fulham.