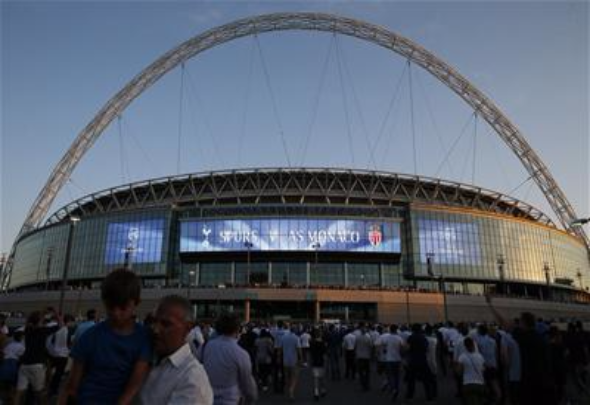 Graham Roberts took to Twitter to hail Tottenham’s support on Wednesday evening at Wembley against Monaco.

However, the former Spurs defender did take the opportunity to have an indirect swipe at London rivals West Ham.

It has been well reported that Hammers fans fought amongst themselves in the weekend’s 4-2 loss against Watford at their new London Stadium.

Roberts was keen to point out on his personal Twitter account that Spurs fans weren’t doing similar in England’s famous ground on Wednesday evening.

Tottenham ended the match with a 2-1 defeat against Monaco, with it being their first appearance in Europe’s elite competition since the 2010-11 season.

They have been drawn in a group against Monaco, Bayer Leverkusen and CSKA Moscow, with the latter duo playing out a 2-2 draw on Wednesday.

The north London side have started the new campaign slowly after finishing in third place in the Premier League last season.

However, they were unbeaten before the Monaco fixture with two wins and two draws coming in their opening four fixtures.

Mauricio Pochettino will be keen for his team to improve and he will be looking for star striker Harry Kane to find his scoring boots, with the attacker scoring just one goal in his opening five appearances for the club this season.

In other Tottenham news, Spurs have released a video of Kyle Walker singing the Champions League theme tune – and fans have taken to Twitter to mock the defender.