Having Mohamed Elyounoussi and Kristoffer Ajer available for selection against Hibernian is a “great break” for Celtic, according to Alex McLeish.

The former Rangers and Scotland manager, speaking exclusively to Football Insider assistant editor Russell Edge, has suggested Neil Lennon will be mightily relieved after sweating over the Norwegian duo’s availability.

Celtic confirmed in a statement via their official Twitter account that both the winger and centre-back would be able to train and participate in the Hoops’ upcoming games after fears they would be forced to self-isolate.

⚽️ #CelticFC can confirm that following recent speculation both Moi Elyounoussi and Kris Ajer are able to continue training with the squad and taking part in matches. pic.twitter.com/ctxZ7sV52X

The pair were part of the Norway squad who were at risk of missing games for their clubs after Omar Elabdellaoui delivered a positive Covid-19 test.

McLeish admits the news will come as a great relief for Lennon after he lost four players to Covid-related issues during the last international break.

“It’s great news for Celtic that they’ll get these guys back because normally, in the panicky Covid-19 situation that we’re in it would be: ‘Oh you guys have got to isolate and we are not taking any chances’.

“As long as they’re tested and cleared up and done a wee bit of isolation, there’s no reason why they can’t (play).”

Elyounoussi has been one of Celtic’s standout performers this season with 10 goals and four assists in 18 appearances.

He scored a hat-trick in the Hoops’ last Premiership game as Lennon’s men ran out 4-1 winners over Motherwell.

In other Celtic news, the Hoops have been tipped to sign a “big name” to replace 26-year-old. 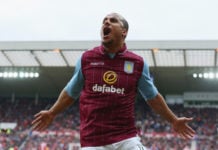