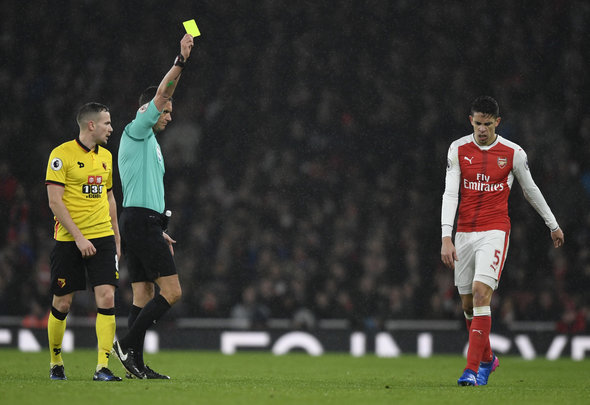 Valencia are set to complete the signing of Arsenal defender Gabriel Paulista, according to a reliable journalist.

Sky Sports’ Spanish expert Guillem Balague reported on his personal Twitter account on Thursday morning that the La Liga big hitters have agreed the terms of a deal for the Brazilian.

Balague explained that Valencia will announce Gabriel’s signing “in the next few hours” for a fee that could reach £10million.

Valencia will announce in the next few hours the signing of Gabriel Paulista (Arsenal). The deal could reach £10m pic.twitter.com/whu8pIVl8D

Gabriel knows the Spanish league well after an 18-month spell at Villarreal before he joined Arsenal in January 2015 for £13.5million.

The Brazilian showed encouraging early signings for the Gunners but his performances were marked by inconsistency and ill discipline.

He has made 64 appearances in all competitions for Arsene Wenger’s side but has found himself behind Laurent Koscielny, Rob Holding, Shkodran Mustafi, Per Mertesacker and even Nacho Monreal in the centre-back pecking order.

In other Arsenal transfer news, the club are on the verge of selling another experienced defender as Wenger fire sale continues.