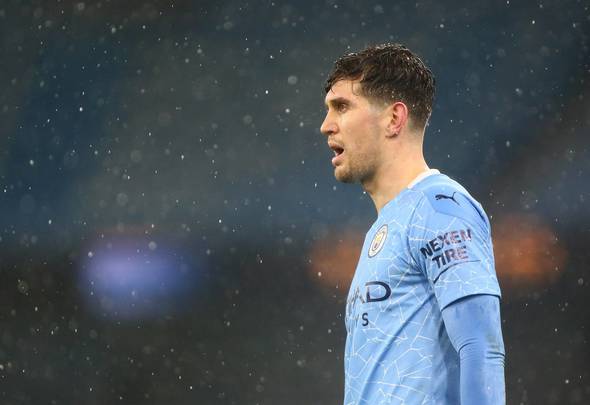 The Manchester City coaching staff need to help John Stones “adjust” his style after he received a straight red card against Aston Villa, according to Keith Hackett.

Speaking exclusively to Football Insider, the ex-FIFA and Premier League insisted Stones was “out of control” with his challenge on Villa midfielder Jacob Ramsey.

The pair were chasing a ball over the top from John McGinn before Stones went studs up into Ramsey’s shin. 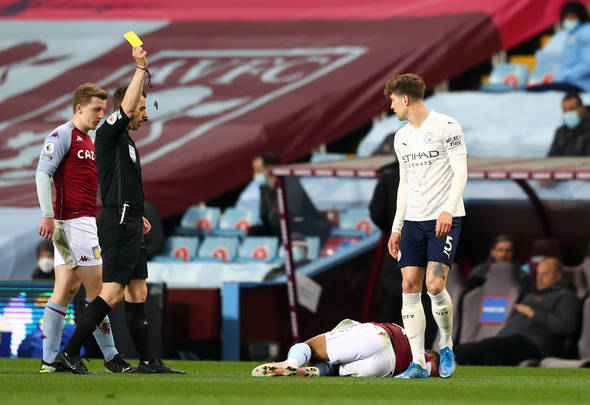 Peter Bankes initially showed the 26-year-old a yellow card before upgrading it to a red after reviewing the incident on the pitchside monitor.

“The referee’s in an ideal position to see this,” Hackett told Football Insider correspondent Connor Whitley.

“When a player launches himself off the ground with two feet, he’s out of control. He’s unable to stop, he’s unable to change direction. With the challenge, he’s reckless, there’s excessive force. It’s a clear act of serious foul play.

“One wonders whilst players are coached in relation to tactics and skillsets, I wonder if there’s enough or how much goes into players discussing with former or current referees, some of these types of actions.

“John Stones is a reasonable guy, he’s level headed and in that sense, with more games ahead in his career internationally or with his club, he’s got to avoid this type of challenge. It’s too risky.

“Coaching is about what is permissible in terms of his action as a player. Therefore what he needs to understand is the difference between a fair and a foul challenge.

“Somebody needs to sit down with him and with a series of film clips and say ‘Well John, if you’re going to launch yourself in that manner that’s a signal to the referee that your actions are reckless. So you’ve got to adjust your style. ’

In other news, Liverpool have set their sights on signing a blisteringly-quick Aston Villa player.