Callum Wilson’s goal for Newcastle United against Liverpool was correctly ruled out – but the accidental handball law needs to change.

That is the view of ex-Premier League and FIFA referee Keith Hackett, speaking exclusively to Football Insider about the incident late on in the 1-1 draw between the two sides.

In the dying stages at Anfield, Allison’s save hit Wilson’s arm from a yard out before the striker finished into an empty net.

The goal was eventually ruled out for handball by VAR and Wilson labelled the decision “embarrassing”.

“The match official has applied the law correctly. The penalising of accidental handball is, for me, the worst law change that has taken place in the last 10 years and this highlights it.

“The player has not deliberately handled the ball, the ball has accidentally struck him and the ball’s gone into the net.

“That’s penalised because it’s the laws of the game this year and it will be penalised next year because under the law changes that are coming in they’ve made a minor modification but it still means that goal is going to be ruled out.

“If he had passed it to a colleague it wouldn’t be ruled out next year.” 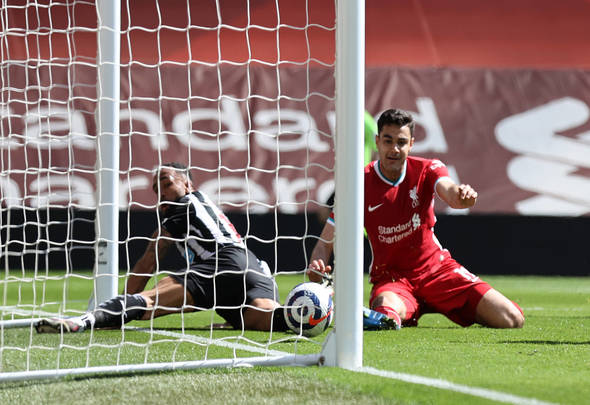 Wilson thought he had earned his side a point at Anfield but fortunately, Joe Willock scored an equaliser with the last kick of the game.

Steve Bruce’s side are nine points clear of the relegation zone with five games left to play.