The Tottenham players did not protest the decision to award Everton a contentious penalty on Friday night because of the respect they have for Michael Oliver.

That is the view of ex-FIFA and Premier League referee Keith Hackett, speaking exclusively to Football Insider about the reaction to Sergio Reguilon’s foul on James Rodriguez.

The pair came together just inside the penalty area when Gylfi Sigurdsson fired in a low cross into the path of Rodriguez in the 30th minute. 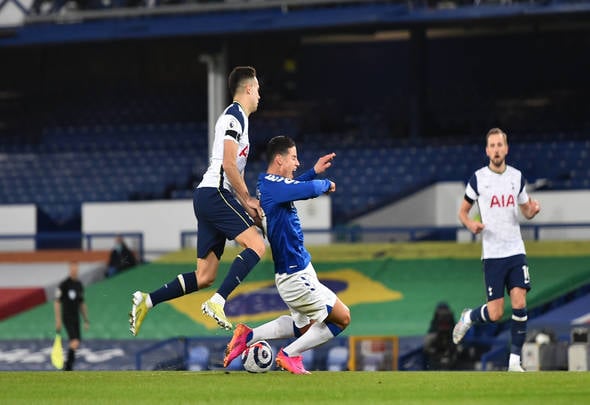 Reguilon was running to catch up with him and block a shot but was adjudged to have clipped the leg of Rodriguez.

It was not a clear penalty but there were no protests from the Spurs players and Jose Mourinho suggested it was because they felt VAR would not overturn the decision.

“The body language [of the Spurs players] was ‘That was an acceptable decision.’,” Hackett told Football Insider correspondent Connor Whitley.

“They’re dealing with Michael Oliver and most players correctly see him as our number one referee. They trust him and see him at other games and therefore have high regard and respect for him.

“They’re probably saying to themselves ‘Well, it’s Michael Oliver if he’s given a penalty kick it’s a penalty.’

“I think that’s the mindset of players working in this environment. A referee has built his reputation, Michael’s got a good reputation, and that’s why they probably haven’t disputed it.

“They’ve probably thought ‘He’s in a good position, he’s seen it. He’s not going to change his mind.’” 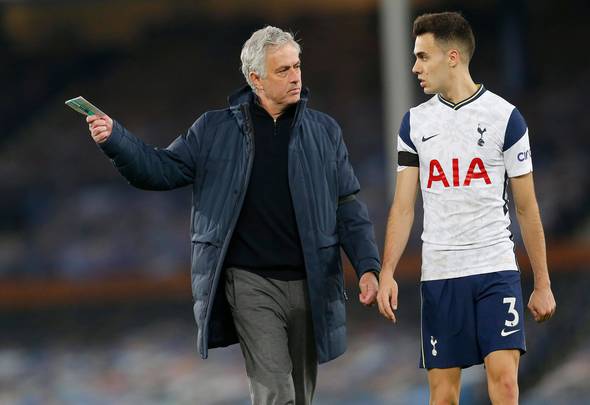 Spurs’ 2-2 draw at Goodison Park turned out to be Mourinho’s final game in charge of the club.

He left the club on Monday morning just days before their Carabao Cup final against Manchester City.