John Beaton was right not to award Celtic a penalty when Falkirk defender Kai Fotheringham challenged Leigh Griffiths in the penalty area in the first half of their Scottish Cup tie.

That is the view of ex-FIFA and Premier League referee Keith Hackett, speaking exclusively to Football Insider about the incident that would have given the Hoops an opportunity to open the scoring at Parkhead.

James Forrest’s deflected shot found its way to Griffiths and as he attempted to get the ball from under his feet, Fotheringham got between the striker and the ball.

With Griffiths set to shoot, he kicked Fotheringham and fell to ground and the Celtic players appealed for a penalty.

“We’ve got to remember football is a contact sport, however we look at it,” Hackett told Football Insider correspondent Connor Whitley.

“I don’t think there was any way that I could go against the referee who has got to make a judgement. I think his judgement call was spot on. That was clarified when you see it in slow-motion.

“I thought that was a good decision and they’re not always easy, those.

“It highlights to me one of the weaknesses I see in the Premier League, proximity to play.

“One of the things I notice in the Premier League is referees, not all, but some, are short of pace and get caught out of position.

“We talk often about proximity to play, that ability to put in a dynamic sprint to get close to play and get the viewing angle.

“You’ve got to be fairly agile. To some degree, you can judge what a player’s going to do but the skill of the player is to outwit the opponent and that often means outwitting the referee too. 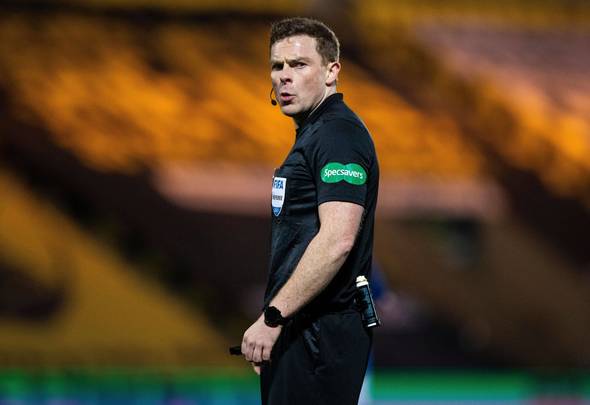 “Good on this referee, he’s in a good position to review the incident.

“Like all of these, another game without fans and I think it makes life a bit easier for the referee, there’s no real pressure. He looked relaxed.”

In other news, Celtic have been told to bring a 41-year-old “home” with Eddie Howe after a huge development.