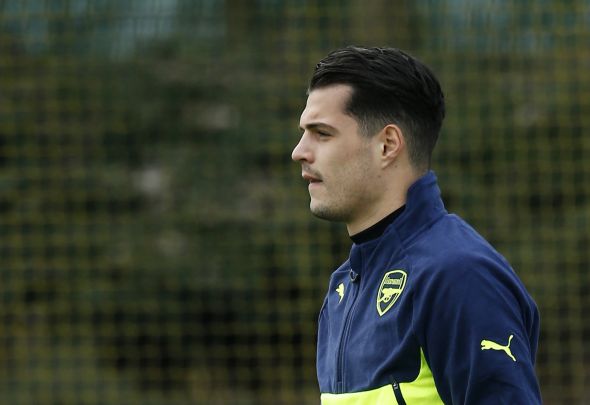 Xhaka, 24, was shown a yellow card for a needless foul during the first-half of Arsenal’s fifth-round win, as he continues to be criticised for his lack of discipline.

He missed the previous round of the FA Cup against Southampton through suspension.

Posting on his personal Twitter account, former Liverpool and Man City midfielder Hamann claimed Xhaka needs to “use his brain” more if he is to become a “decent player”.

Xhaka started alongside Egyptian midfielder Mohamed Elneny as goals from Lucas Perez and Theo Walcott saw the Gunners progress into the quarter-finals of the FA Cup.

But Champions League winner Hamann was not impressed with £35million signing Xhaka, as the Switzerland international struggles to find consistent form with the north London giants.

The former Borussia Monchengladbach midfielder has been criticised for his lack of concentration when it comes to discipline, after picking up two red cards this season.

Xhaka was also guilty of losing possession on numerous occasions during the tie against the Gunners’ non-league opponents, despite their win at Gander Green Lane.

However, Arsene Wenger’s side did enough to progress into the quarter-finals of the cup, where another non-league side in Lincoln City await.

With his future still in doubt, French manager Wenger could end his time with Arsenal by winning the seventh FA Cup of his Gunners tenure.

In other Arsenal news, fans have reacted to Alex Iwobi’s performance on Twitter.