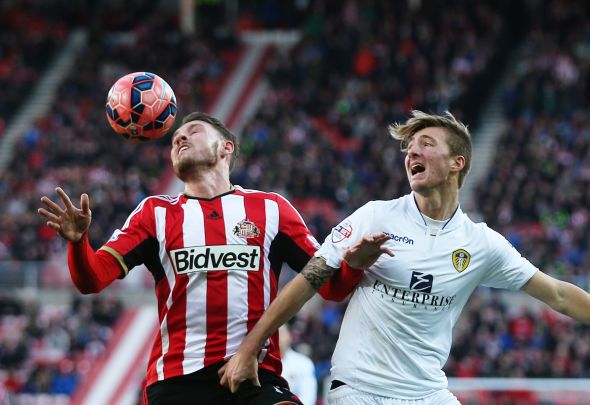 Former Leeds defender Dario Del Fabro was touted as one of Italy’s next defensive greats, but where is he now?

The 21-year-old moved on loan to the Yorkshire giants as one of Massimo Cellino’s 15 new signings from Cagliari, the former club of the controversial Elland Road owner.

A ball-playing defender, Del Fabro failed to live up to the hype at Elland Road. The Italy international youth star made just one appearance for Leeds, starting an FA Cup game against Premier League outfit Sunderland.

The likes of Liam Cooper, Sol Bamba and Giuseppe Bellusci kept Del Fabro out of the side, and the defender was one of six players to controversially pull out of the Neil Redfearn’s squad to face Charlton less than 24 hours before losing 2-1 to the Addicks in April 2015.

Following a loan spell with Serie B side Ascoli where he made just 10 appearances, Del Fabro has failed to work his way into the Cagliari first-team set up and has been subsequently shipped out on loan for the third time in his short career.

It’s a far cry from the technically-gifted defender that wore the royal blue of the Azzurri from Under 16’s all the way up to Under-19’s, as he swaps the read and blue of Cellino’s old side for the blue and black of Serie B outfit Pisa.

However, teaming up with former AC Milan hardman and Pisa boss Gennaro Gattuso could be the perfect remedy to reignite Del Fabro’s stuttering career.

The ex-Italy star has looked to have already instilled his tough-tackling approach on Del Fabro, as the young defender has been shown the yellow card twice in three games.

If Gattuso can add a bit of steel to the talented youngster’s technical ability, then a bright future is ahead for Del Fabro.

In other Leeds news, Rob Green has had this to say about teammate Pontus Jansson.