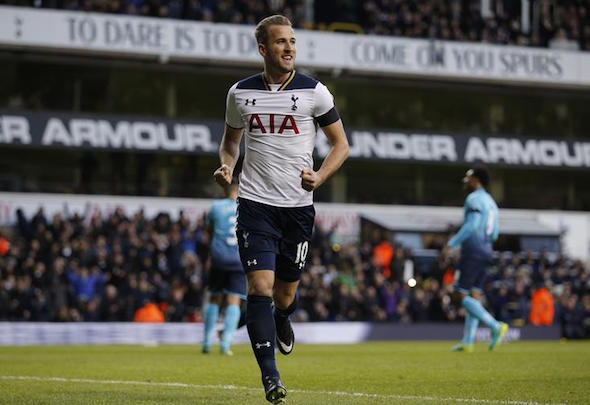 Harry Kane hailed Tottenham for responding in positive fashion as they beat Hull 3-0 at White Hart Lane on Wednesday night.

Spurs had lost their weekend encounter against Manchester United 1-0, but recorded a comfortable three points against Mike Phelan’s side.

Playmaker Christian Eriksen opened the scoring for the home side when he slotted home Danny Rose’s cross.

The Denmark international then doubled the lead after the break, before his rasping free-kick was bundled in by Victory Wanyama to make sure of all three points.

Striker Kane, who had a quiet night in front of goal, played 74 minutes before being replaced by Son Heung-Min.

Was a great response from us tonight – an important win at the Lane. Focus on Burnley on Sunday now. #COYS pic.twitter.com/lH1obxog62

Kane has made 14 Premier League and Champions League appearances this season, scoring nine goals and providing one assist.

He last scored during the 5-0 thumping of league strugglers Swansea in early December, where he hit a brace.

Pochettino’s side remain in fifth place after that midweek victory, three points behind Manchester City who are fourth and three points ahead of Jose Mourinho’s United who sit in sixth.

The north London club are unbeaten on home soil this term and they will be be hoping to continue that record when Sean Dyche’s Burnley visit the Lane on Sunday afternoon.

In other Tottenham news, this 26-year-old is the best player in his position in the Premier League.