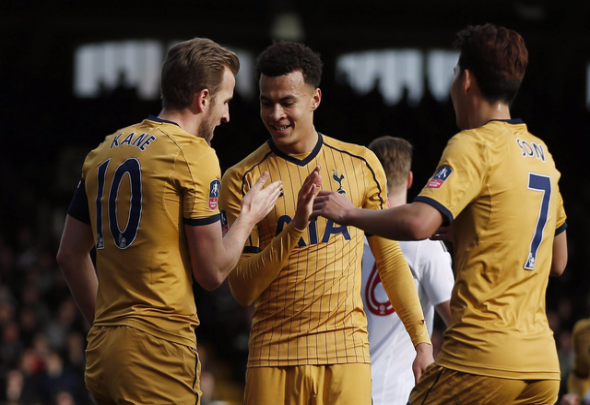 Harry Kane has stated that Tottenham have an “important” Europa League clash against Gent on Thursday evening.

Spurs go into the second leg at Wembley trailing the Belgian side 1-0 after they took an early advantage in their homeland last Thursday.

Striker Kane played 90 minutes of that match, but the England international failed to get on the scoresheet as he will be looking to make his mark at the home of football.

Despite that defeat, the north London club did record a comfortable 3-0 win against Fulham in the FA Cup at the weekend with Kane netting a superb hat-trick.

Now, he has focused his attention to the round of 32 Europa League tie as he had this message to supporters as posted on his personal Twitter account.

Kane has once again been in sparkling form for Spurs this season, scoring 19 goals in his 25 games in all competitions.

Two of those goals came during three Champions League matches earlier on in the campaign as Mauricio Pochettino’s side finished third in their group.

Furthermore, the Spurs academy product has been firing on all cylinders in the Premier League, finding the back of the net 14 times in 20 games.

A win against Gent could see Pochettino’s side join their fellow English counterparts Manchester United who qualified for last 16 on Wednesday.

In other Tottenham news, Mauricio Pochettino delivers his verdict ahead of the Gent clash.