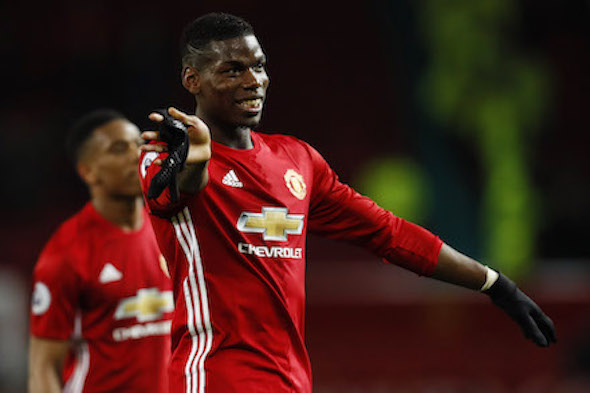 The French midfielder sealed an £89million move to Old Trafford in the summer, but Redknapp believes that the Tottenham wonderkid is worth more than that.

The 69-year-old told TalkSport that he couldn’t believe he cost Tottenham as little as he did when he moved from MK Dons in 2015 for £5million.

“It’s incredible that no-one took him. What a player, what a signing – what a steal at £5m,” Redknapp said.

“He’s just 20 years of age, for heaven’s sake, and the kid’s got everything. He scores goals, makes goals, he can dribble, head it, he’s got an edge to him and puts his foot in… I think he’s fantastic.”

Alli has recently been on the radar of Manchester City as they look to reinvest in their squad ahead of next season.

Redknapp managed Spurs between 2008 and 2012 and won Premier League manager of the year when he took the club to the Champions League in 2009/10.

The former West Ham and Portsmouth boss will now be hoping Alli can continue his development at Tottenham for the foreseeable future as the club’s fortunes seem to be improving every year.

Tottenham take on Fulham at the weekend in the FA Cup fifth round in what is their best chance of silverware this season.

Spurs are currently third in the Premier League and 10 points behind league leaders Chelsea after losing to Liverpool on Saturday evening.

They are 1-0 down after the first leg in the Europa League tie with Gent and play the return fixture at Wembley next week.

In other Tottenham news, here are three players they could sign to replace Alli.