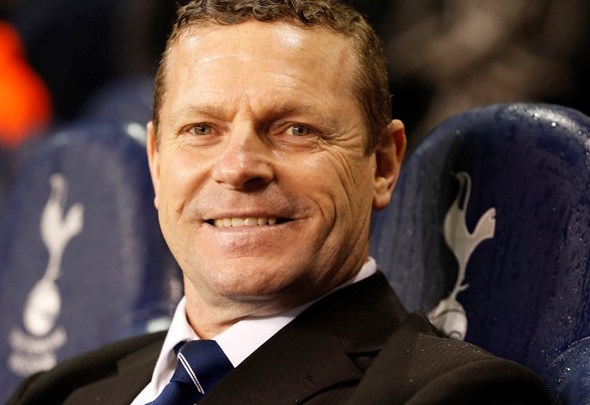 Micky Hazard taunted Arsenal fans on Twitter by stating “now I’ve heard them sing” following their 1-1 draw against Tottenham at the Emirates Stadium on Sunday afternoon.

Former Spurs midfielder Hazard expressed how proud he was of Spurs clinching a valuable point away at their rivals.

The Gunners, who took the lead in the first-half though a Kevin Wimmer own goal were clearly overjoyed by the lead, which forced Hazard to aim a dig at their support for finally showing their voice.

But that joy was short lived when returning striker Harry Kane converted from the penalty spot after Laurent Koscielny had fouled Moussa Dembele six minutes into the second-half.

Hazard, who still holds a close affinity to Spurs was clearly delighted with the performance by his former side as he posted this message on his personal Twitter account.

Tremendous boys very proud, we even got the Gooners singing when Wimmer scored, and at least I can now say I've heard them sing, COYSSS

Arsenal are third in the league table with 24 points from 11 games, one point behind leaders Chelsea who thrashed Everton 5-0 on Saturday evening.

However, they could drop down one place by the end of the afternoon, if Liverpool beat Watford at Anfield, with the Merseyside club currently leading 3-0.

Meanwhile, Spurs remain in fifth place with 21 points as they are still unbeaten in the league, but they have recorded six league draws out of 11 games.

In other Tottenham team news, supporters react on Twitter to Granit Xhaka’s display for Arsenal in the north London derby.