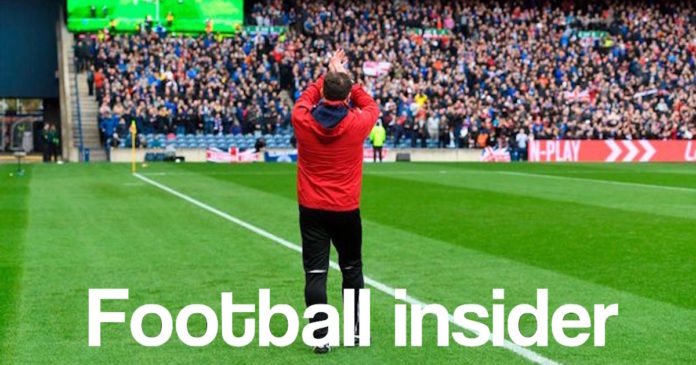 Rangers manager Graeme Murty has insisted Andy Halliday still has his support – despite being pulled off after only 40 minutes of last weekend’s 4-0 Scottish Cup thrashing by Celtic at Hampden.

Halliday was hooked after an atrocious performance in midfield, with Josh Windass taking his place, before launching into a foul-mouthed tirade in-front of shocked team-mates and coaches.

The Gers manager admitted was “horrible” for Halliday to have to endure it but is adamant he wants the midfielder as part of his squad – despite his Hampden nightmare.

“I could have chosen someone else but Andy was the unfortunate guy,” Murty said, as quoted by STV.

“We’ve spoken, at times. He’s a little bit raw, as I’d expect, as he’s a Rangers fan and desperate to do well.

“He’s hurting so I won’t press him too much.

“He knows he has my support, I brought him back from Azerbaijan because I want him in the group and he knows that.”

Halliday spent the first-half of the season in Azerbaijan after being sent out on loan by previous manager Pedro Caixinha.

The 26-year-old has only been on the fringes of the starting XI since his return but was a surprise inclusion at Hampden last weekend as Murty tried to match up to Celtic in midfield.

The Old Firm clash was Halliday’s 100th appearance for his boyhood heroes after moving to Ibrox in 2015.

Much has been made of Murty’s substitution of Halliday but the truth is that the midfielder was absolutely woeful and deserved to be replaced. One of the complaints from fans is that Murty can’t make changes early enough and react to how the game is panning out and then he gets pelters for reacting early and making a change that fans had been crying out for. It won’t have been pleasant for Halliday but then it was just as pleasant for fans at Hampden or watching at home.