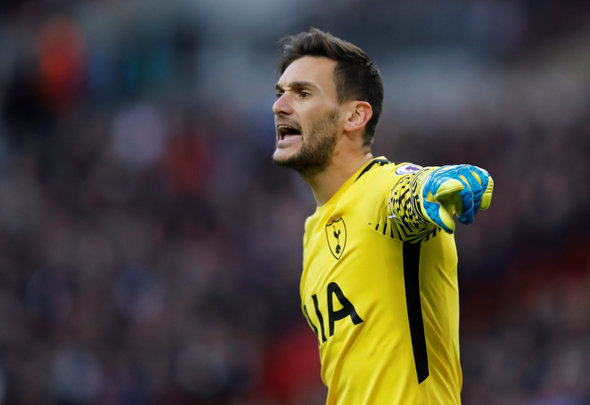 Hugo Lloris owes Tottenham a big performance ahead of their Champions League double-header against Manchester City, according to Noel Whelan.

The former Leeds United and Coventry City striker has expressed his concern that the France World Cup winner is a potential weak link in the Spurs side following a series of blunders over the past two seasons.

Lloris has come under-fire most recently for his parry of Mohamed Salah’s header which led to Toby Alderweireld’s own goal in Tottenham’s 2-1 defeat at Liverpool two weekends ago.

Mauricio Pochettino has insisted he will stand by the club captain and is set to start him against Manchester City after persisting with the Frenchman in last Wednesday’s 2-0 win over Crystal Palace.

“Everybody needs to be on their game over the two legs for Spurs to have any hope,” Whelan exclusively told Football Insider. “Lloris is a World Cup winner but he is making a lot of mistakes and is nowhere near as consistently good as he used to be.

“He will be worried about the game tomorrow, and needs to step up. When you’re at a big club, you need to perform, simple as that. It would be dangerous for Pochettino to drop Lloris, that won’t happen, but he certainly needs to step up.”

Lloris has been the number one at Spurs since signing from Lyon in the summer of 2012, and has only missed Premier League and Champions League matches due to injury.

His deputy is the Argentine Paulo Gazzaniga, who has made just 11 appearances for the Londoners since arriving from Southampton in the summer of 2017.