Noel Whelan has tipped Gaetano Berardi to sign a new deal at Leeds United after Phil Hay revealed the club’s position on an extension.

The former Elland Road striker, speaking exclusively to Football Insider correspondent Dylan Childs, claimed the 31-year-old had “earned” the opportunity to play for the Whites in the Premier League.

Berardi is out of contract this June but is expected to sign a short-term contract that will see him remain at Elland Road until the completion of the 2019/20 season. 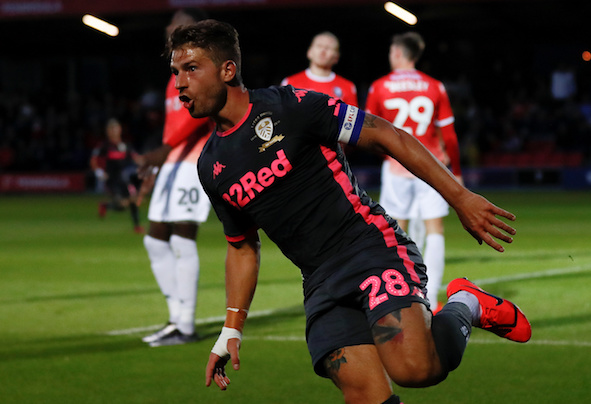 However, Phil Hay revealed in The Athletic last week that the club are keen for the centre-half to stay are willing to offer him a contract extension beyond this season.

The Swiss defender has made 20 appearances under Marcelo Bielsa this season, having played second fiddle to Ben White and Liam Cooper.

When asked by Football Insider if he expected the 31-year-old to sign a new deal, Whelan said: “He has been a big part of this season and a big part of the club for five years now.

“He deserves an opportunity in the Premier League.

“His game time will probably be limited but he has been happy where he is living. That comes into play and he might be comfortable as a bit-player throughout a season, playing in cup matches.

“Sometimes you do not want upheaval when you have family and children.

“He also loves the club, a great servant and nobody would grumble if he signed another contract to play in the Premier League next year. He has earned it.”

Berardi’s decision may rely heavily on the outcome of this season with Leeds seven wins away from guaranteeing promotion to the Premier League.

The Championship is targeting a return to action on 12 June after players returned to training on Monday.

In other Leeds United news, it can be REVEALED that club has been offered forward that Everton are set to bin.