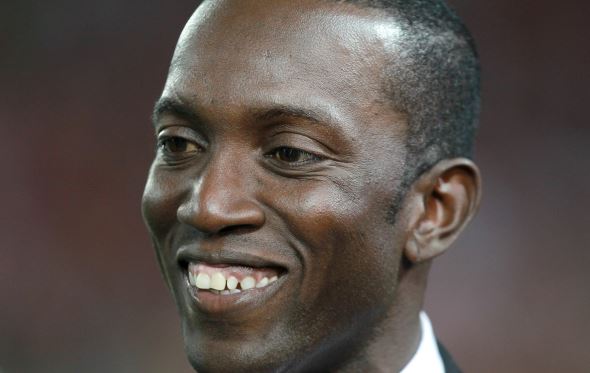 Dwight Yorke still remains hopeful that he will be interviewed for the manager’s post at Aston Villa following Remi Garde’s departure in March.

The striker scored 62 goals in 192 appearances for Villa in a spell that saw two League Cup triumphs cement Yorke’s place in the club’s history books.

The former Trinidad and Tobago international told talkSPORT that he has been in the running to replace Garde for while.

Yorke said: “When Remi Garde left, I felt I was going to get an interview but that was put on hold.

“The new owners that have taken over now probably have a different direction but I am still hopeful they will give me that opportunity [of an interview].”

The Midlands club are still on the hunt for a replacement for the Frenchman and Yorke sent a clear message to new owner Chinese businessman Dr. Tony Xia that he remains keen to be considered.

The 44-year-old’s only managerial experience to date has come in the form of an assistant’s role for the Trinidad and Tobago national team throughout the qualifying matches of the World Cup 2010.

Garde was the Lyon manager from 2011 to 2014 before taking over at Villa Park but ultimately his lack of experience in handling matters at the wrong end of the table meant his stay at the Midlands club was short.

If experience was a weakness for the Frenchman then it may also be a similar weakness for Yorke, whose case for the Villa job may have to rely on the status earned from his playing days as opposed to previous management exploits.

In other Aston Villa news, this former Premier League manager is no longer in the running for the Villa Park post.