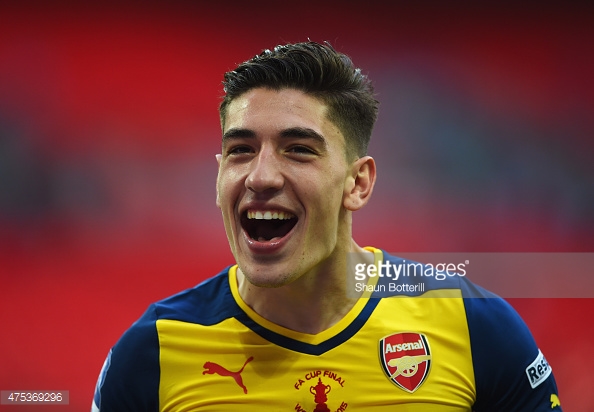 The right-back was absent from the shock 2-0 setback last Sunday after sustaining a thigh strain in training last week.
Bellerin has now returned to training and will come into contention for a starting place against Crystal Palace on Sunday.
The 20-year-old Spaniard established himself as Arsenal’s first-choice right-back in the second half of last season and got the nod to start ahead of Mathieu Debuchy in the Community Shield win over Chelsea.
Bellerin’s injury provided the opportunity for Debuchy to stake his claim against West Ham for a regular starting role but Arsene Wenger could turn back to the younger of the two defenders.
The manager confirmed after the West Ham match that Bellerin had only suffered a minor problem and it would be a “question of days” before the Spaniard returned to full training.