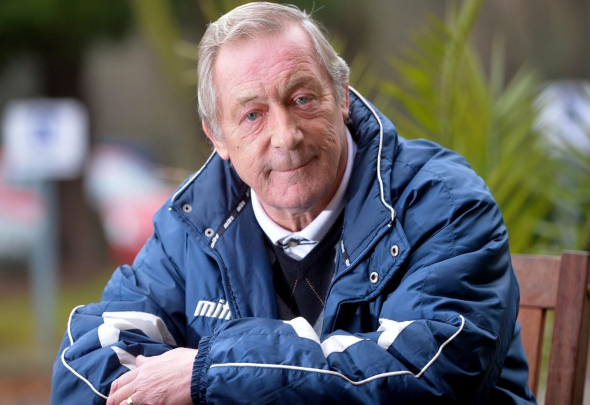 Legendary Rangers winger Willie Johnston has admitted he fell out with “a lot of managers” but insisted he would never argue with Jock Wallace as the iconic Gers boss would “just hit you.”

After Lee Wallace and Kenny Miller were suspended by the Ibrox giants on Tuesday, Johnston revealed that arguments would regularly happen “in the heat of the moment” before being forgotten the following day.

Wallace and Miller are thought to have had a blazing row with manager Graeme Murty in the wake of the 4-0 Scottish Cup capitulation against Celtic on Sunday.

Johnston admitted he would argue with Willie Waddell in particular but insisted Waddell could “handle the players” and it was his then-assistant Jock Wallace who was the one players wouldn’t cross.

“I fell out with a lot of managers, especially with Willie Waddell,” Johnston said, as quoted by BT Sport.

“But he always said, you can have a great argument in the heat of the moment and the next day it’s all forgotten.

“Waddell was a very good manager, he could handle the players. He had big Jock Wallace beside him and you didn’t argue with big Jock. He’d just hit you.”

Miller and Wallace look to have played their last games for the Gers with Miller out of contract at the end of the season and Wallace likely to be told to find a new club as he enters the final year of his deal.

The pair played no part in Sunday’s 4-0 thrashing by Celtic – Miller was an unused substitute and Wallace missed out through injury – and have both missed big chunks of the season.

Football has changed massively since Johnston played but there was a fear factor with the likes of Waddell and Jock Wallace that players knew how far they could go – whilst always knowing who was in charge. It may sound more like a dictatorship than what modern football has become with the rise of ‘player power’ and ‘super agents’ but even in more recent times there is little surprise that the most successful managers tend to be ones with reputations as being unbending with their disciplinary rules; Sir Alex Ferguson, Mourinho and even Pep Guardiola are very much of the ‘it’s my way or the highway’ school of thought.