Paul Robinson believes critics of Tottenham goalkeeper Hugo Lloris are “clutching at straws” after he came under scrutiny for West Ham’s equalising goal on Sunday.

Manuel Lanzini scored his first goal in 17 months to draw the game for West Ham with a first-time finish from 25 yards that flew into the’ top-left corner of Lloris’ goal. 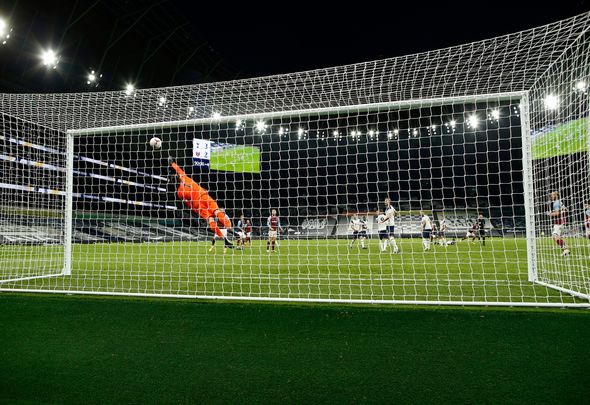 Sky Sports pundit Graeme Souness said after the game that he would expect Lloris to save the shot and questioned the Spurs captain’s technique.

He said: “I would like to think my goalkeeper gets that. I know it’s a strike which is drifting away when Lazini hits it. Do you understand that it’s quite normal for a goalkeeper to bring his opposite arm over?”

He told Football Insider: “He almost got it, it was almost an absolute world-class save. That was just one of those things.

“Lanzini will never hit a ball like that again. If you give him 100 balls at the Tottenham Hotspur stadium I don’t think any player could hit it in the place he did with more than two of them.

“It was a goal worthy of winning any game, it was an absolutely fantastic strike.

“To blame the keeper is really clutching at straws. I don’t think there’s any more he could have done, he almost got it.

“It’s what they call a knuckleball and he’s hit it absolutely perfectly and it’s dipped right in the corner.

“Lloris has gone full length, he’s got fingertips on it, he almost got it.”

In other news, Football Insider can exclusively REVEAL Tottenham are planning talks to terminate the contract of a big earner.