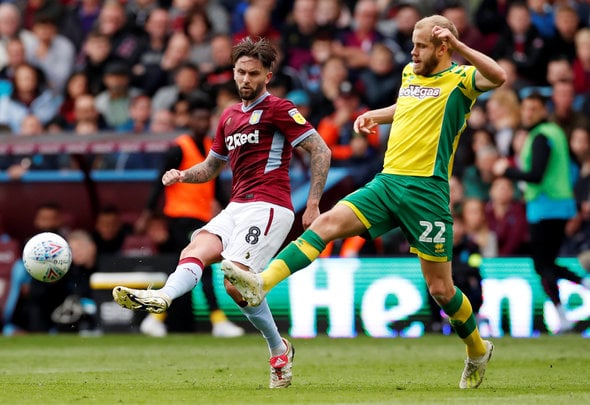 Aston Villa midfielder Henri Lansbury will be “desperate” to force his way into Dean Smith’s plans this summer and he has the ability to do so, according to Darren Bent.

The former Villa and England striker, speaking exclusively to Football Insider, claims that the 28-year-old, who has just three Premier League appearances to his name, will be fighting tooth and nail to be part of the Villans’ squad for their return to the top flight.

Lansbury was a forgotten figure for much of the 2018/19 campaign, making just five appearances across all competitions, three of those coming in the Championship.

However, Bent has backed the former Nottingham Forest man to bounce back from his difficult campaign on the sidelines, insisting the motivation of playing top-flight football will drive Lansbury on to make his mark.

Bent told Football Insider: “I’m sure he’s going to be kicking and fighting and working really hard to make sure he does that. I don’t think he’s got much Premier League experience and if you’re an aspiring footballer, there’s no point racking up 100s and 100s of caps in the Championship.

“It’s just about getting that opportunity, showing in pre-season, impressing Dean Smith and trying to stay in there.”

Lansbury has played 35 times for Villa since moving from Forest back in the winter transfer window of 2017, while he has 258 games worth of Championship experience under his belt.

His three top-flight outings all came as a substitute during his time at Arsenal, including a seven-minute cameo in the famous 8-2 defeat to Manchester United back in 2011, the Red Devils already 7-2 up upon his introduction.