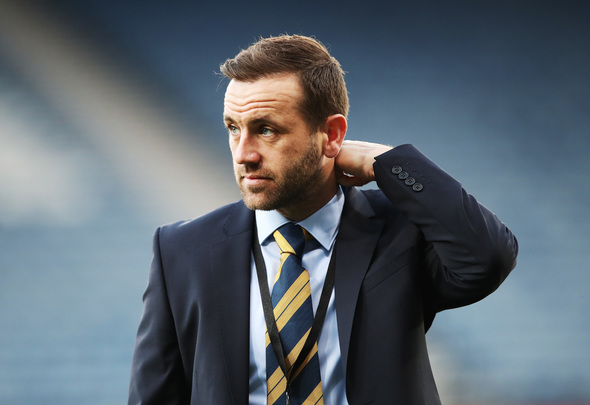 Alex McLeish has admitted he is buzzing to see more of David Turnbull after a slow start to his career at Celtic.

The former Rangers and Scotland boss, speaking exclusively to Football Insider assistant editor Russell Edge, has insisted the youngster has got “the world at his feet” after his move to Parkhead but that he needs more game time to build up his sharpness.

The 21-year-old midfielder scored his first Celtic goal in just his second start for the Bhoys on Thursday night in the 3-2 win over Lille.

📋 Tonight's starting line-up to face @LOSC_EN in the #UEL.

As quoted by the Scottish Sun earlier this week, Lennon insisted Turnbull, as well as Leigh Griffiths, needed to “be fitter” ahead of the demanding run of fixtures over the winter period.

McLeish believes the promising midfielder will be doing everything to prove himself off the pitch and that he needs to start playing more to fulfil his potential in Glasgow.

Asked if he wanted to see more of Turnbull, McLeish told Football Insider: “Yeah, there’s nothing like game practice to get you fitter and to get you sharper. You can do all the training you want but certainly playing in the games hones your sharpness.

“You can learn some big lessons, I know he’s still a young guy but to get absolutely razor-sharp then you need to be able to play games – I don’t know if there’s any reserve games at the moment, these guys getting reserve games, practice matches.

“Certainly Turnbull, for me, he’s young guy and he’s got the world at his feet with that move and he should do everything in his power to work with the physios and science team to get himself as sharp as possible.

“I think it’s a question of sharpness, not so much fitness, I’m sure these guys will have an inherent fitness in there, but it’s that word – sharpness. If you’re on the pitch and you’re ponderous then you get caught in possession, you’re slack with the passing.

“I was talking to James McFadden, I know the kid has got tremendous passion so to make himself the very best he can be then he will take upon himself, I’m sure, if those words have been directed at him, to be top fit.”

In other Celtic news, McLeish has suggested the real reason Lennon has not been sacked yet.