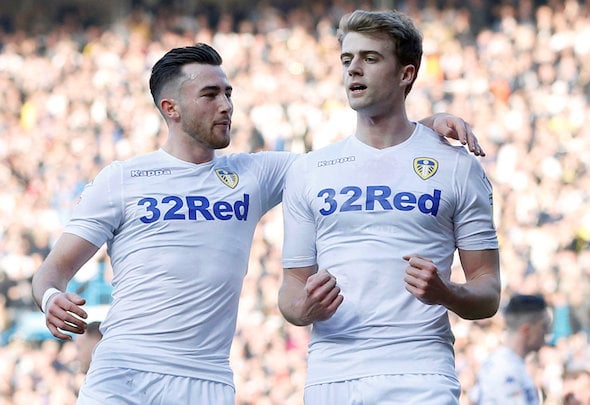 Noel Whelan has pointed the finger at Leeds United winger Jack Harrison for summing up the softness at the heart of the team’s decline in recent weeks.

Speaking exclusively to Football Insider, the former United striker claimed Marcelo Bielsa’s side lack the battling qualities of Sheffield United, are primed to seal the second of the automatic promotion places along with leaders Norwich City.

He explained that a common thread running through the Leeds side is an inability to scrap and fight when they are not able to produce the fluent playing style that has been their hallmark under Bielsa.

“There are very few battlers in the team, Liam Cooper is one, but I don’t see too many others,” Whelan said. “Harrison probably sums it up the best. “He can be a real threat on the wing when Leeds are playing well. He’s had some really good games and scored a few crucial goals.

“But he’s just a bit soft, and he’s not the only one in that team. You need to be tenacious and to battle in the Championship sometimes. You can’t just play brilliant football all the time.”

Harrison has been a mainstay for Leeds since joining last summer on a season-long loan from Manchester City.

The 22-year-old has made 30 starts among his 35 league appearances, scoring four goals and supplying three assists.