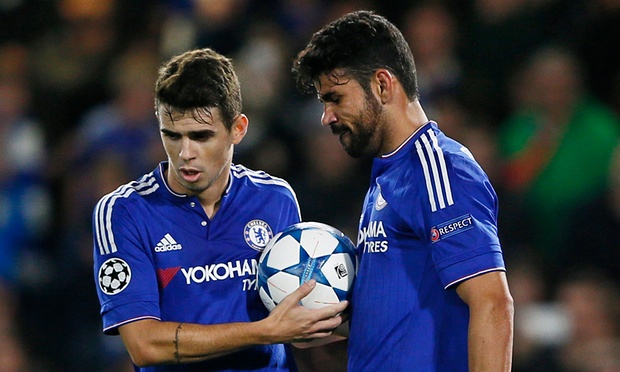 And then there was one. With Loic Remy still sidelined and the latest bulletin from Monaco that Radamel Falcao will be out for another six to eight weeks, Chelsea are badly in need of striker reinforcements. Diego Costa set Chelsea on their way with the 13th minute opening goal – his eighth of the season – and led the line with typical gusto before a knock forced him off after 85 minutes. The Spain international has returned to form in recent weeks after a disastrous opening half of the season but even a striker possessing such power cannot carry the goalscoring burden on his own. Guus Hiddink needs to bring in a proven forward this month to provide Costa with proper competition for his place.

Finally, the much-hyped academy graduate was given a proper chance. And Reuben Loftus-Cheek gave his many supporters reason to celebrate when he pinged a left-foot shot into the bottom corner midway through the second half to double the home team’s advantage. It was the 19-year-old’s first Chelsea goal and one that could have significant repercussions for a club which has dismally failed to bring players through from its academy for a decade-and-a-half. The watching Roman Abramovich stood up, applauded and smiled warmly. Whether he likes it or not, the young midfielder has become a beacon of hope for the Chelsea academy. But it was not just the goal that demonstrated why the midfielder should be given more opportunities to impress. Loftus-Cheek was comfortable in possession and seemed at home on the big stage.

Guus is true to his word

The Dutchman had promised to field a strong team as he targets what is certainly the most realistic of his three objectives in his interim spell in charge – win the FA Cup, win the Champions League and clinch a top-four Premier League finish. Hiddink selected seven of the team who defeated Crystal Palace seven days earlier and took no chances with a bench full of experience and nous. The experienced manager knows the competition he won in 2009 during his last spell at Chelsea offers him the best chance to provide Roman Abramovich with the silverware that he craves.

Raging bull has got his mojo back

Costa has now scored as many goals – four – in three matches under Hiddink than he did in 20 under Jose Mourinho in the first half of a wretched campaign for player and club. The new manager laughed off Costa’s training ground altercation with Oscar on Thursday, describing them as two ‘bulls’ going chest to chest. Costa’s temper is more famous than his goalscoring but when the two go hand in hand, he is a fearsome proposition.

All is forgiven between Oscar and Costa

Despite their Cobham spat, the Chelsea duo proved all is forgiven. They were on the same wavelength, dovetailed well and showed no inclination not to pass to one another, even though Oscar was withdrawn at half-time to given Loftus-Cheek his oppotunity. However, Chelsea fans are still baffled as to what prompted the Brazilian playmaker’s training-ground aggression. There was no sign of the newly-aggressive Brazilian on this occasion. Does he save his temper for smaller audiences?