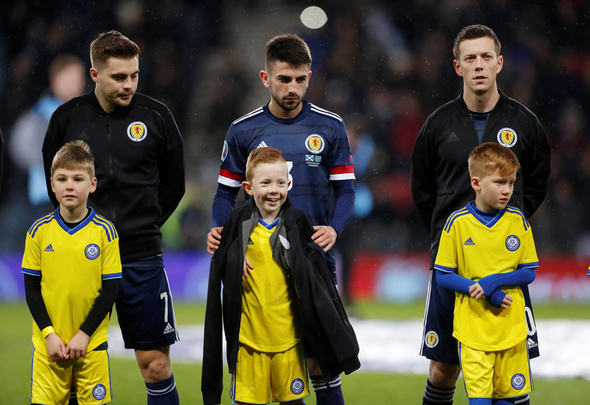 Alan Hutton admits he was very impressed with the energy levels shown by Greg Taylor for Scotland after struggling for game time at Celtic this season.

Speaking exclusively to Football Insider assistant editor Russell Edge, the former Aston Villa and Scotland international says the full-back is a demanding role and that sitting on the bench at Parkhead is going to do Taylor no favours for when he does step into the side.

The 22-year-old left-back played the full 90 minutes in both matches for Steve Clarke over the international break, chipping in with an assist against both Cyprus and Kazakhstan.

Hutton says that the former Kilmarnock man has been unlucky not to see more game time during his time at Parkhead but that he is clearly doing all he can behind-the-scenes to keep himself ready for if Neil Lennon calls upon him.

Hutton told Football Insider: “I always thought he was a good player, a very solid player when he was at Kilmarnock. Moving to Celtic, obviously not had the game time that he would have wanted which is unfortunate.

“He’s had his chances with Scotland and I think he did play well, made some good forward runs, defended well – there was one time where he was just caught out – but it’s difficult not playing week in, week out to go play full-back.

“The demands are high; they want you forward, they want you back, tackling, you’re basically doing a little bit of everything. I thought he showed high energy levels so he must be looking after himself even though he’s not been playing at Celtic week in, week out to really hit the heights and perform.”

Taylor has only played once for Celtic since his move from Kilmarnock, playing 88 minutes in a 2-0 win over St Mirren at the end of October.

Lennon has used Boli Bolingoli as his first-choice left-back for the majority of the campaign, while Jonny Hayes has regularly been utilised off the bench instead of Taylor.

In other Celtic news, Football Insider can reveal that the club made an approach for a big-name back in 2018.