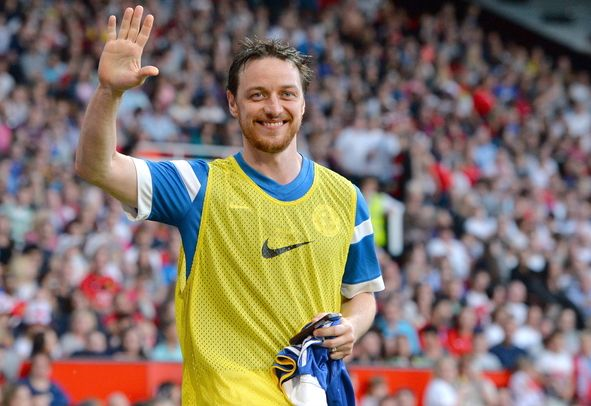 McAvoy, who is a lifelong Celtic fan, admitted he had doubts as to whether Rodgers was the right choice for the vacant Celtic post when he took over from Ronny Deila last summer.

However, the Scot was pleased to have been proven wrong, with the former Liverpool boss on course to lead Celtic to a sixth consecutive Scottish Premiership title and possible domestic treble.

Speaking to BBC Sport on Thursday, McAvoy said: “I was a bit iffy of Brendan Rodgers when he came in, but he has taken pretty much the same squad that we had last year and he’s made us play much more than a Rolls Royce than a roll and chips.

“I’m really, really pleased with what’s happening at Celtic. I just wish there was more competition in Scottish football and I wish that it wasn’t just a case that we run away with the title.”

The Hoops are currently unbeaten in domestic competitions since the start of Rodgers’ reign, and boast a remarkable 19-point lead at the top of the league.

Rodgers has already lifted the League Cup this season, and will have the Scottish Cup as his next target, when his Celtic side take on Albion on Sunday.

The 43-year-old manager would be the first Celtic coach to win the domestic treble since Martin O’Neill’s success back in the 2000-01 season – his debut campaign at Parkhead.

Rodgers could not though, see his side through to the knockout stages of the Champions League. They were eliminated at the group-stage in December, put recorded respectable draws with Manchester City and Borussia Monchengladbach.

In other Celtic news, the Hoops have been given an emphatic response in their pursuit of African goalscorer Henry Onyekuru.