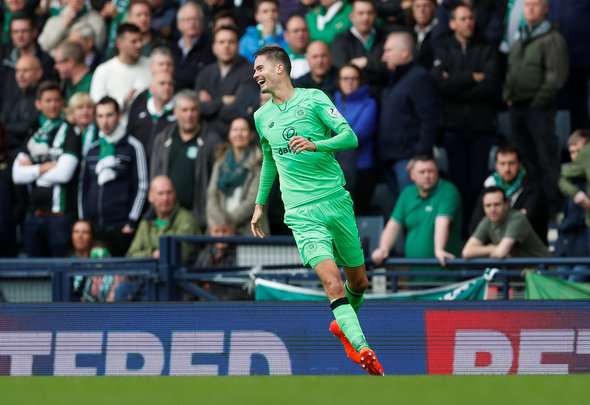 Celtic supporters on Twitter have absolutely destroyed right-back Mikael Lustig for his performance in the Europa League second leg clash v Zenit, which the Russian side won 3-0 to win the last-32 tie 3-1 on aggregate.
The Swedish international mainstay looked ill-at-ease in both defence and attack as Brendan Rodgers’ side struggled to gain a foothold in the game.
One supporter thought that Lustig’s performance was so poor, that he was an “out and out liability”.
Here are some of the best reactions from Twitter to Lustig’s performance against Zenit:

Lustig is an out and out liability. No awareness whatsoever.

Lustig has been a favourite of mine for years, but it’s time to give it up big man! Yer a rotten egg, well past your sell by

Lustig has been horrible man

As for the match itself, the Hoops saw their first leg advantage evaporate after only eight minutes, when Jozo Simunovic left Branislav Ivanovic unmarked at a corner and the former Chelsea man headed home.
The Russians took the lead in the tie in the 27th minute, Daler Kuzyaev’s long-range effort did have some dip and swerve on it but Dorus de Vries should have dealt with it much better.
Despite performing better in the second-half the Hoops failed to create any clear cut chances, and the Russians went 3-0 up in the 60th minute when Kokorin bundled home from close range, a goal which Lustig could have defended better.
The Celts had more of the ball towards the end of the game but Zenit were comfortable and eased their way into the last 16 of the Europa League.
In other Celtic news, Patrick Roberts is set to make his return from injury against Aberdeen on Sunday
Don’t miss out on breaking and exclusive Celtic news by clicking here for our brilliant 24/7 updates on Facebook, Instagram and YouTube.