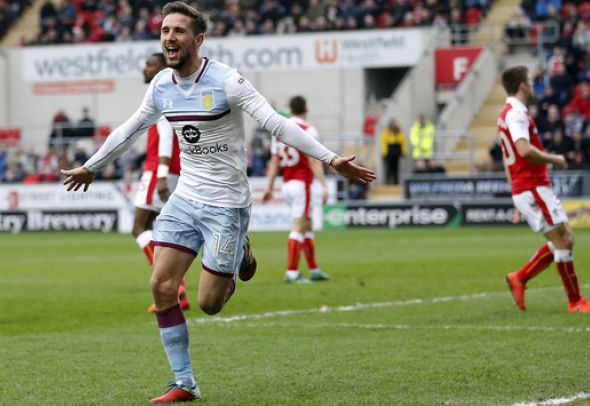 Conor Hourihane has admitted on Twitter that Aston Villa delivered an ugly display to defeat Wigan 2-0 in their Championship clash on Saturday.

A James Chester header gave Villa the lead after 73 minutes, before substitute Scott Hogan sealed the points with six minutes remaining when he nodded in from Albert Adomah’s cross, his first goal since joining from Brentford in January.

Hogan’s fellow winter window arrival Hourihane took to his personal Twitter account shortly after the match to delivered a searingly honest appraisal of his side’s performance.

“Not the prettiest of wins but the main thing is them three points,” said the former Barnsley midfielder, as he praised the club’s 5,000-strong away support at the DW Stadium.

Not the prettiest of wins but the main thing is them 3 points!! The away following was different class again.. UTV

Hourihane, 26, has been a regular starter in central midfield since his arrival, starting 10 of Villa’s 11 matches, which have yielded one goal and two assists.

Villa have climbed to 12th in the Championship table and closed the gap on sixth-placed Sheffield Wednesday from 17 to 11 points in their last two games, but their chances of securing a play-off spot with eight games remaining are distant.

In other Aston Villa news, a defender has quit Villa Park and already agreed terms with another club.