Rangers will hand Allan McGregor a new contract if they are serious about competing for the title again next season.

That is according to former Aberdeen and Leeds United striker Noel Whelan, speaking exclusively to Football Insider about the 38-year-old’s “man of the match” performance against Celtic on Saturday.

McGregor made three saves as Steven Gerrard’s side moved 19 points clear of their title rivals with a 1-0 victory at Ibrox.

The 42-times Scotland international, who has kept 10 clean sheets in 13 league appearances this season, has just five months left on his contract at the club.

Gerrard hinted at a new deal for the goalkeeper in September, saying that he “certainly wants to keep him around”.

Whelan claimed McGregor is showing no sign of decline and could continue playing for another four seasons.

“You would have to give McGregor man of the match and that says everything in my opinion,” he told Football Insider. “Celtic met a great goalkeeper on the top of his game.

“Goalkeepers can play until they are 42 and there is no reason why he could not play up until that age. 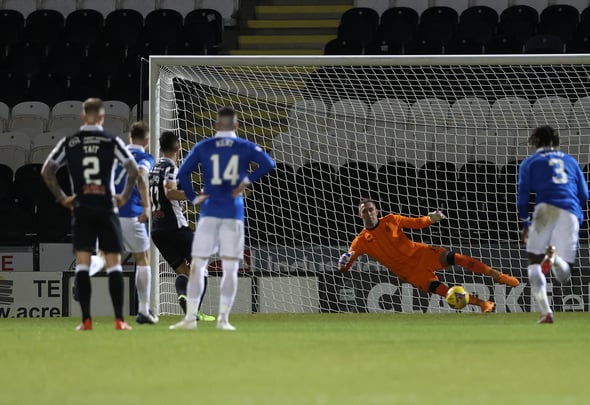 “We talk about experience and consistency and he brings both. It was a huge game for Rangers in which he made huge saves.

“If Rangers are serious about contending next year you have to keep McGregor. Not only because of his quality but because of what he brings to the changing room. He knows what it takes to play for Rangers.”

In other news, fears of a mass Ibrox exodus grow with three Rangers stars targeted by Premier League clubs.