The former Celtic and St Mirren striker, speaking exclusively to Football Insider correspondent Dylan Childs, claimed that Davis, 35, will have “no problem” filling the void potentially left by the injured Jack, 28.

Gerrard confirmed yesterday that Jack is “a doubt” for the Europa League clash with Benfica at Ibrox after he picked up a knock in Sunday’s 4-0 over Aberdeen.

🎙️ SG: Ryan Jack is a doubt, we won't know until later today if available. Zungu will also be missing and we hope to have him back in a week.

The centre-midfielder has excelled for club and country this season, helping the Gers to an 11 point lead in the Scottish Premiership and Scotland book a spot at next summer’s European Championship.

Summer signing Bongani Zungu will also miss the game after he suffered a knee injury while on international duty with South Africa.

When asked by Football Insider who he expected to start against Benfica if Jack was ruled out, McAvennie said: 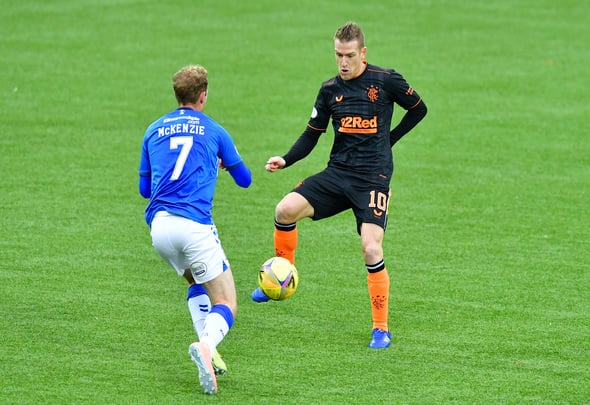 “He will slot straight into the team. Davis has got a bit of game time recently so he will come in and I do not think it will be too much of a problem for them.

“The rest will do Jack the world of good because he has played a few games for Scotland as well. It will be good for him to get a rest.”