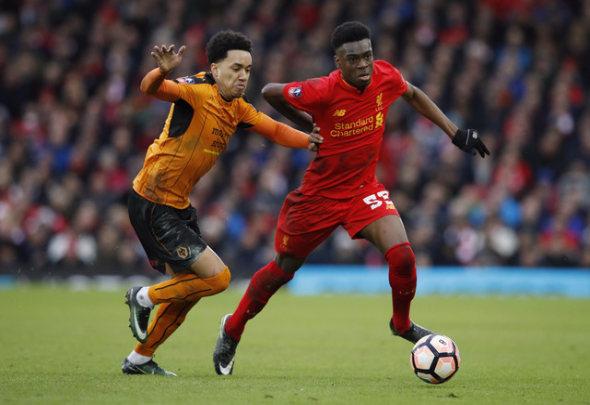 Wolves are set to make a huge transfer statement by signing Helder Costa on a landmark permanent deal, according to a report.

Sports site Bleacher Report claim the Championship club are “going ahead” with the purchase of the Portugese wide forward for £16million.

It is said representatives of Costa had weighed up holding out for a move to a Premier League club in the summer transfer window.

But the Costa camp have been convinced by the intent of Wolves officials and he is set to put pen to paper on a permanent contract by Tuesday night.

A £16million fee would be a record for a Championship club and break the current top sum, which is the £15million paid by Aston Villa for Jonathan Kodjia last summer.

Costa, 23, has made a big impact at Molineux during a season-long loan from parent club Benfica.

The left winger has scored nine goals and supplied eight assists in 29 appearances across all competitions, and demonstrated the depth of his talent with an outstanding display on Saturday as Wolves eliminated Liverpool from the FA Cup.

Premier League clubs Southampton, Hull, Sunderland and Crystal Palace have all been linked with a move for the forward but Wolves have acted to win the race and tie him down by Tuesday night.

Paul Lamert’s side are currently 18th-placed in the Championship table and 13 points adrift of the play-off places, but are still set to splash out big money on the attacker.

Wolves fans will be justified in doing jigs of delight if their club can push through the permanent signing of Costa by Tuesday. The 23-year-old has ripped apart some Championship defences this season and provided further evidence of his dazzling skills with a standout display against Liverpool on Saturday. £16million is a huge sum for a second-tier club but there is a sense enough that Costa is good enough to justify it.

In other Wolves transfer news, the club are in a five-team tussle to sign a prolific striker.