Speaking exclusively to Football Insider, the full-back, 34, explained how he is ready to call time on his playing days and pursue a new career as a pundit.

Hutton has been a free agent since his Villa contract ended in June, just a few weeks after he played an integral role in the club’s promotion to the Premier League.

Asked by Football Insider what the future holds for him, Hutton said: “Well, I’m contemplating retirement at the moment. I’ve had offers and stuff but it’s not been quite right, my family’s settled in Birmingham so I don’t really feel the need at my age, at 34, still relatively young, to be away from the family for six nights a week.

“I’m going to take my time, I’m still keeping myself fit, I’m going to the gym and trying to do as much as I can but I’ll dip in my toe into the media side of stuff and see how it progresses. I’m quite easy, so we’ll see how it goes.

Hutton made 50 appearances for Scotland in a career that began at Rangers and included distinguished spell at English big hitters Tottenham and Villa.

He was a key player for the Midlands giants, making 34 appearances, all of them starts, in the successful promotion campaign.

Asked if he’s happy with the career he’s had, Hutton replied: “Definitely, from a boy just growing up with a dream living in Glasgow to achieving some of the stuff I’ve done – even the Hall of Fame for Scotland, playing in the Premier League – it’s been brilliant, it’s been unbelievable.

“To end on a high, if I am to end my career, to have went up with Villa, through the playoffs, would be a great way to end.” 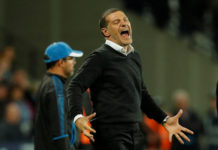