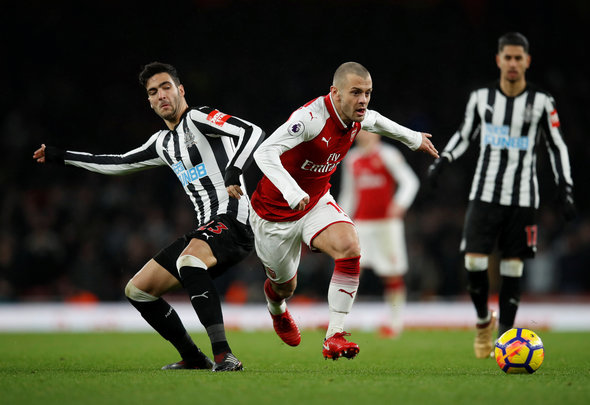 Everton have been linked with a move for Arsenal midfielder Jack Wilshere this summer with the midfielder’s future still up in the air – and Big Sam has refused to rule it out.

The North Londoners have only offered the forward an incentive-based deal on reduced wages and there are reports that Wilshere could quit the club.

But Toffees manager Sam Allardyce would not confirm or deny the rumours suggesting they would be lining up the player for an arrival to Goodison Park in the summer.

Speaking to Alan Brazil on the talkSPORT breakfast show, broadcast at 6am the former England manager told the presenter: “I couldn’t say that,” when asked whether they would attempt to sign the 26-year-old.

“He’s a lot fitter than he was. Hopefully, if he is over his problems we all hope he has a long career ahead of him.”

Big Sam didn’t exactly pour water over the suggestions a summer move would be on the cards for Wilshere which you would expect if there was nothing in the rumours. If the reports are correct and the player in unhappy with the terms he has been offered in the new deal then we can see the 26-year-old walking away from the Emirates, despite his love for the club. A fully fit Wilshere will undoubtedly be a massive coup for the Goodison Park outfit but they’d be better off signing a player who doesn’t have the chequered injury history the Gunners midfielder has.

In other Everton news, Toffees star must take heed of Barkley warning or face Goodison axe.