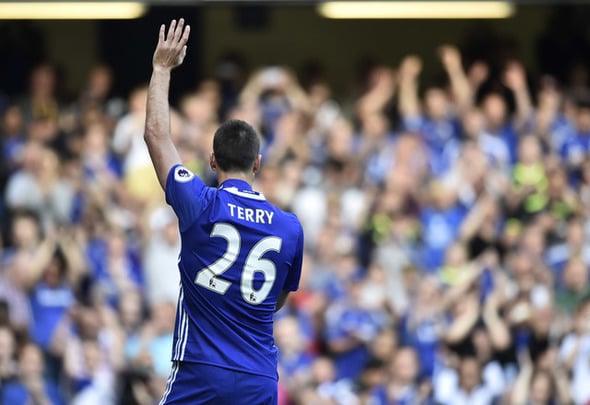 Villa confirmed on the club’s official website on Monday that the 36-year-old veteran centre-back had signed a one-year-deal with the Lions.

Terry left former club Chelsea as a free-agent at the end of the 2016/17 season, and has now made a move to the Championship to play under Bruce.

Fans took to Twitter to express their mixed reactions to Villa Park’s newest addition, with some supporters thanking chairman Tony Xia for securing the deal, while others questioned why he had been signed at all – with one saying that the club are “going nowhere”.

Right now, too many #AVFC fans are thinking, "Who cares what Terry did in the past, as long as he helps us win games get promoted."

Fitness permitting, Villa should get 35-40 games out of Terry and a much needed leader as well as helping youngsters. No brainer IMO. #AVFC

He suits the famous claret and blue 💙❤

I dunno what to do I'm numb

Welcome to the best club in the world #WelcomeJT #UTV

Terry joins the Championship club after helping Chelsea to the Premier League title during his final campaign with the Blues, totalling his number of top flight trophies to five.

The centre-back has made a total of 690 appearances for the Blues, and has provided an impressive 65 goals in addition to 29 assists throughout his time with the club.

Now the former England skipper will turn his attention to helping Villa gain promotion and return to the Premier League, after the club finished in thirteenth place in the Championship during their last campaign.

In other Aston Villa news, Birmingham City’s assistant manager has given his verdict on Terry’s move.