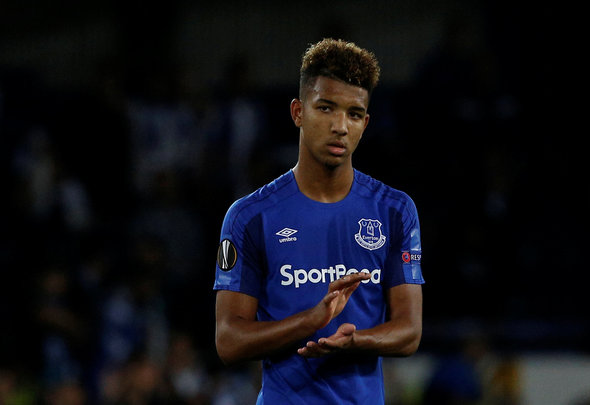 Everton defender Mason Holgate has admitted that he is going to make mistakes in his early career, but he won’t let it hold back his development.

Holgate, 21, has been in and out of the Toffees senior squad this season but has earned a lot of experience in the club’s failed Europa League campaign where he has so far played every minute in the four group stage games.

The England Under-21 international has been used in a variety of different roles by both Ronald Koeman and current caretaker boss David Unsworth with him playing at centre-back, right-back and at wing-back.

It’s been a very tough season for Everton as they find themselves near the bottom of the table and out the verge of a guaranteed European exit.

And while Holgate admits that he has been making errors, he sees it as simply part of his football education.

“I am going to make mistakes at this age but it is just about making sure I keep improving,” he said, as quoted by Sky Sports.

Everton fans will no doubt be more forgiving of Holgate for making mistakes, especially when some of the senior stars like Phil Jagielka, Ashley Williams and Leighton Baines have been in such dire form this season.

Williams has been one of the main players to have suffered a barrage of criticism from fans and pundits, but Holgate has revealed that the Wales international is having a major impact on his progression, and he has even read the ex-Swansea star’s book.

“He was taken aback when I told him that I had read it,” Holgate added. “I did not even know him at the time but now he is one of my best friends on and off the field so it is kind of mad. It was a bit weird but he is just Ash to me now so it is alright.”

In other Everton news, Sky Sports has detailed a major development in the Toffees manager search with four names now on Farhad Moshiri’s shortlist.