Alan Hutton believes Steven Gerrard’s efforts to spur Wes Foderingham on backfired after the goalkeeper revealed details of a meeting with the Rangers boss.

Foderingham revealed to Open Goal that he was told by Gerrard that he “wasn’t his type of person” in a meeting about his place at Ibrox. 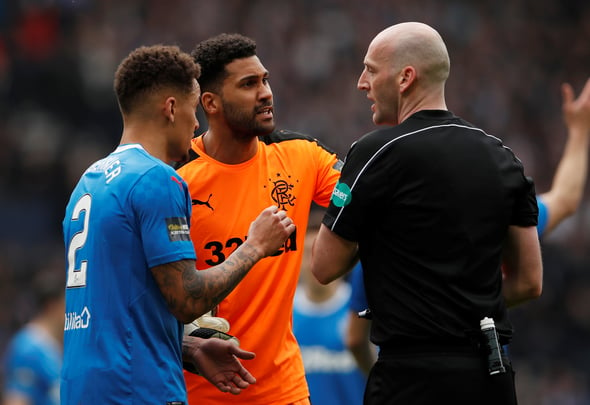 Hutton believes that the Rangers boss was just trying to ignite a fire in the belly of a goalkeeper but suggests that his methods failed to have the desired effect.

Hutton told Football Insider: “It was interesting reading the comments – I just wonder if it was more about Gerrard trying to spur him on to see what he was made of, a little shot at him to see how he’d react to it.

“I know how I’d react if that was me, it would make me want to work even harder to prove him wrong so I think it was maybe a case of that, he’s taken it to heart and didn’t quite understand the comment.

“Maybe it’s gone the other way rather than trying to show him what he’s capable of. It’s one of those things, it happens a lot in football, people try to test you and see what you’re about mentally, see if you’re prepared.

“I was surprised reading the comments, I thought he would maybe concentrate on the football side of it and maybe talk about it at a later date.”

Foderingham, who is set to become a free agent this summer, told Open Goal: “I had a meeting with the manager and he said I wasn’t his type of person which I found strange.

“He didn’t go into great depth but he questioned my willingness to fight for a position, but I don’t think I showed I wasn’t willing to fight for my place.”

In other Rangers news, it can be REVEALED the door has swung open for the Gers to sign a top Premiership talent.