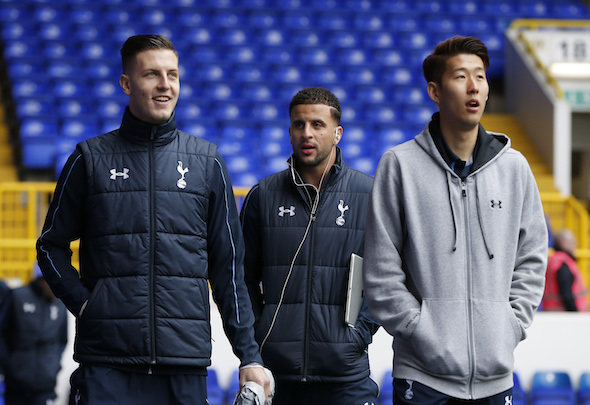 Tottenham forward Heung-min Son has admitted that he is missing his “best friend” Kevin Wimmer who left the club in the summer transfer window.

Wimmer, 24, joined fellow Premier League side Stoke City for a reported fee of £15million after failing to nail down a regular place in the starting lineup during his two-year stint at White Hart Lane.

The former Spurs man has only featured in two Premier League matches for his new club and he has still not ended up on the winning side this season.

Speaking with the Evening Standard, Son, 25, reveals that he is still adjusting to life without the defender at the club but admits that he is happy for his former teammate.

“I’m a bit sad because he was and is still my best friend,” he said.

“Sometimes I miss him already but if he’s your best friend you have to be happy. I

Son is still trying to find his feet in the new season after he suffered an injury whilst away on international duty with the South Korea national team in the summer.

Although he has not completed the full 90 minutes this season, the forward contributed with an important goal in the 3-1 victory over Bundesliga outfit Borussia Dortmund in the Champions League.

The South Korean could potentially feature as Spurs welcome Championship side Barnsley to Wembley Stadium in the third round of the Carabao Cup.

In other Tottenham news, manager Mauricio Pochettino reveals why this teenager will not feature against Barnsley.