Frank McAvennie apologised to West Ham after emphatic wins over Wolves and Leicester City before the international break.

The former Hammers and Celtic striker, speaking exclusively to Football Insider correspondent Dylan Childs, admitted that “he could not see where the points were going to come from” in September and October.

David Moyes’s side climbed to 10th in the table with a 3-0 victory at Leicester City on Sunday, having thrashed Wolves 4-0 at the London Stadium a week earlier. 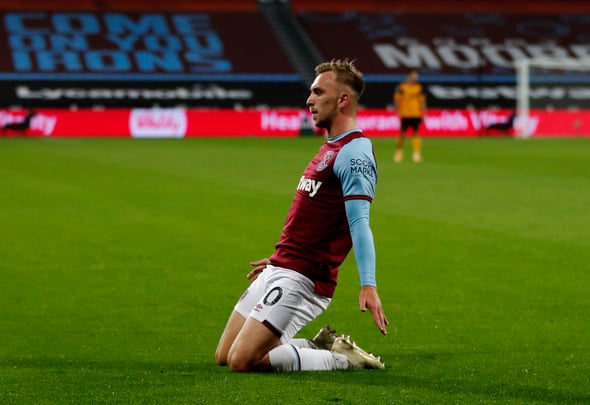 However, the tough fixtures keep coming with Tottenham, Manchester City and Liverpool all awaiting the Irons after the international break.

McAvennie joked that Moyes, who has been in self-isolation after testing positive for Covid-19, should stay at home from now on.

“I apologise to West Ham for my feelings a few weeks ago,” he told Football Insider.

“I have to put my hands up and apologise to West Ham. I did not see where these points were going to come from. I really feared for them facing Arsenal, Wolves and Leicester away.

“They made Wolves and Leicester look very inferior.

“Maybe that is the way forward, Moyesy, watch it from home! He is sitting watching with a cup of tea, couple of biscuits phoning Stuart Pearce and maybe that is the new way to do it!

“I hope David is alright, I spoke to him a couple of weeks ago, so I hope he is alright.

“The supporters know they are not going to win the league but they want to see a team that is fighting and it looks like the players are all working their socks off.”

In other news, West Ham tipped to sign two defenders before the domestic window closes on 16 October.