New Leeds United signing winger Raphinha will not walk straight into Marcelo Bielsa’s side, according to Noel Whelan.

Raphinha put pen-to-paper on a four-year contract at Elland Road after completing a move from French side Rennes for a reported £18million fee plus add-ons.

First-choice wingers Harrison and Costa have impressed in the Premier League so far this season.

The pair started Leeds’ first three league games and managed to score three goals and provide two assists between them.

Harrison missed Saturday’s game with Manchester City as he is on loan from Pep Guardiola’s side.

Asked by Football Insider where he sees Raphinha fitting into Bielsa’s side, Whelan said: “To be honest with you it looks like he’s got two very good feet from the videos that I’ve seen of him.

“He’s scoring with his left foot and his right foot but he looks predominately left-footed.

“He seems like he can play on either side. We know that Marcelo Bielsa likes to mix things up. He doesn’t always play a left-footer on the left-wing. He likes to switch play if things aren’t working in a game. 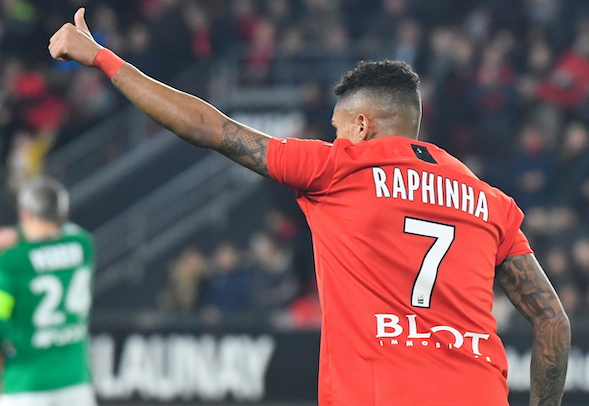 “He’s not scared of swapping Costa and Harrison around. He seems like somebody who could possibly play on either side.

“I think he’s competition for the two wingers, I very much doubt he’ll be taking Costa’s place or Harrison’s. He just adds that little bit more strength in depth and quality to an already very good Leeds United side so far this season.”