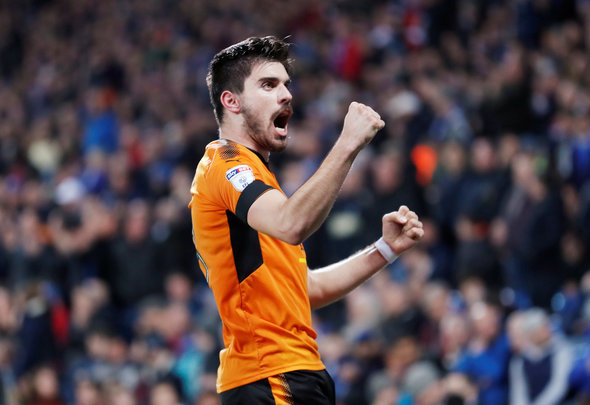 Wolverhampton Wanderers midfielder Ruben Neves has delivered the news all supporters of the club will be thrilled to hear, saying “I want to stay”.

As the team and management paraded their Championship success through the city to West Park where 30,000 fans were ready to celebrate with their heroes, the Portuguese star pledged his immediate future to the club.

Neves addressed the excited supporters and as quoted in The Guardian he said: “I came here to help the club and the club has helped me as well,”

“I think we achieved all our goals, as an individual and as a team. It is normal as big clubs see our work, not just me but all the boys, but I am really happy here. I want to stay and I want to enjoy the Premier League with this fantastic club.”

There can be no accusation of Neves’ words being lost in translation – Neves wants to stay and his words are clear. It’s imperative the Molineux outfit does keep hold of their 21-year-old in the Premier League, as his class and calmness in possession will be needed when times are hard next season. Liverpool and Manchester United have both been linked with the midfield maestro after his displays in the Championship caught the eye of the two top-flight giants but it would appear as though the player’s words are final and Wolves fans will be able to enjoy Neves’ talents for one more season at least. At neither Old Trafford nor Anfield would he be guaranteed a place in the first team and he will know that at 21 he has plenty of time to make that so-called big move. But Wolves have plenty of money backing them in the form of Chinese conglomerate Fosun International which means they’re not short of finances and can compensate Neves for not getting a transfer. We think his words are final and the Portuguese ace will be at Molineux next season in spite of all the gossip.

In other Wolves news, Wolves have perfect chance to snap up £60,000-a-wk international, but will reportedly cost £40m+.