Dejan Lovren has revealed that he was “fuming” after he suffered the public humiliation of being substituted by Jurgen Klopp 31 minutes into Liverpool’s 4-1 defeat at Tottenham earlier this season.

In a revealing interview with the Sunday Times, the Croatia international explained that his front-foot style of defending is what Klopp demands.

The Anfield manager privately made clear his faith in Lovren, 28, even after he substituted half-an-hour into the drubbing against Spurs last October, and again when he lost aerial jousts with Romelu Lukaku leading to Manchester United’s goals in a 2-1 defeat last month.

Lovren explained how Klopp managed him superbly once his initial anger had subsided after the professional humiliation against Spurs.

“I was fuming,” Lovren told the Sunday Times. “Walking off was s***. I’d never been in that situation. I was so close to kicking all the bottles over [at pitch-side]. But then I saw all the faces looking at me and said, ‘Nah, I’m still a gentleman.

“But after, when we spoke. It took a couple of days then he (Klopp) invited me into his room. I wanted answers but he said positive things. He said, ‘If you just think about yourself like I think about you, you will be one of the best players in the world.’

“My self-confidence disappears in some moments. And he believes in me, you know? And I believe in him. Sometimes, I’m a person who thinks ‘Ah, I’m really good.’ But other times I think, ‘Ah, I did that. I’m not good enough.’ He says always be level, but it’s difficult. You have sometimes self-confidence, sometimes not; sometimes good moods, sometimes not.”

As is the way on social media, Lovren was slaughtered by supporters after the defeats to Spurs and Man United. He was made the scapegoat for two of what have been only four league defeats for Liverpool this season. The Croatia international is painted as a liability too prone to rushes of blood in the heat of the moment, yet his aggressive style, pinning opponents back, is actually what his manager wants and he is simply following dugout orders. Sure, Lovren is prone to blips, but so are Joel Matip and Virgil van Dijk, who nearly gave a goal away with one against Crystal Palace at the weekend. Klopp’s private claim that the Croatian can be one of the world’s best might be a bit over-the-top, but he is a fine player who has improved and supporters should appreciate that a bit more. 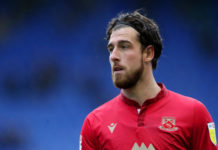