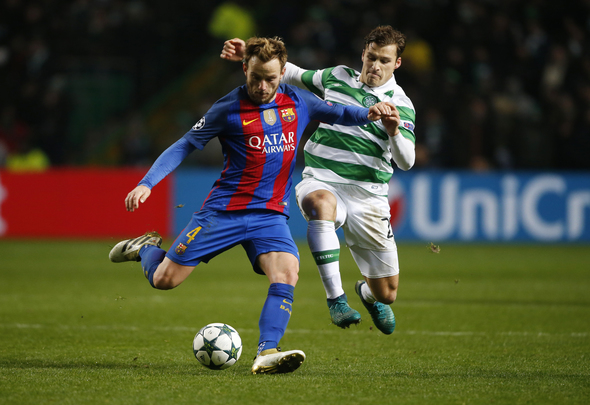 Erik Sviatchenko has revealed that he held crunch talks about his future at Celtic after being left frustrated by being Brendan Rodgers’ third choice centre-back.

The 25-year-old has not played since early August due to a knee injury and he has now made it clear that he looked to leave Parkhead during the summer transfer window.

FC Copenhagen and Besiktas are two sides that came calling for Sviatchenko, who is seen as being behind Dedryck Boyata and Jozo Simunovic in the pecking order at the centre of defence.

Rodgers would no doubt be desperate to see Sviatchenko back to fitness at this stage with the Hoops defence struggling while him and Boyata have been sidelined with injury.

However, even when the Denmark international does return to action, he has suggested that he may only be doing so begrudgingly.

“I spoke to Celtic about my future, but there are three parties that had to agree – me, Celtic and FC Copenhagen,” he said, as quoted by the Scottish Sun.

“Their manager, Stale Solbakken, has followed me for many years so I wasn’t surprised in their interest.

“I told the club I wasn’t completely satisfied at being third choice.

“Besiktas were also really interested in me as a loan signing.

“That could have been exciting.”

Sviatchenko’s role as a third choice centre-back was pivotal in helping Celtic win the Scottish treble without defeat last term as he regularly stepped in for Boyata, whose season was plagued with injury.

He made 43 appearances across all competitions, scoring one goal in the process, but he has only featured twice this campaign due to his knee problem.

The Bhoys made an effort to sign another centre-back last month but saw a move for South Africa international Rivaldo Coetzee break down when he failed a medical.

In other Celtic news, Chris Sutton has spoke about why Rodgers will quit Parkhead.